The gaming industry is one of the most competitive industries around. The high revenues generated within the industry have attracted a lot of players to the gaming industry and this has increased competition, making it harder for developers to penetrate the market. Mediocre games are not able to thrive in the games industry and great ones are finding it hard to get the publicity that they need as gamers have a lot more games to choose from. Developers, therefore, must find ways to get their games before the people that matter to increase downloads and to improve their ROI. This calls for better game marketing techniques and none is more effective than utilizing game streamers and influencers.

Twitch, an interactive platform that allows gamers to stream the games that they are playing to other gaming enthusiasts, was developed for watching and streaming video games. This still remains its core objective, but it is now used to stream other types of videos such as art and music videos.

Twitch was set up in 2011 and by 2014 it had performed impressively as an online streaming platform for Amazon to acquire it. You may be wondering  about what makes Twitch the preferred platform for popularizing your game. Well, here are the stats that support this claim:

According to Influencer Marketing Hub, 240 billion minutes worth of gaming content was streamed on Twitch by November 2016. The same publication goes on to say that there are 120 million views with about 2 million unique video streams on Twitch every month. The average user of Twitch spends 106 minutes on the platform every day and this is higher than the amount of time that users of other social sites such as Twitter spend on a daily basis. Your gaming content will, therefore, get the right publicity when you use Twitch for marketing.

What makes Twitch the best platform for popularizing your game?

Other than the massive audience that gets to view your gaming content when it is posted on Twitch, the other thing that makes Twitch ideal for game developers is its authenticity. This view is supported by Lou Fasulo, the co-founder of King’s Z2 game studio, who was discussing the impact of influencers in the gaming scene with other panelists on a talk show hosted by GamesBeat. He says, “Video is an extension of blogging, in a sense, but video makes the player to viewer relationship much more intimate...It’s very raw and very candid. Maybe I rehearsed, maybe I didn’t, but you see me in real time. You see the bloopers. You see the awkward bits. That’s more trustworthy than a carefully edited review."

Another panelist in the discussion, JC Connors of Amazon says that “Authenticity is so important. If you watch a broadcaster engage with their fans, they’re talking so deeply about your game – strategy, character selection etc. You can’t fake anything in that interaction. That’s what appeals so much to fans of your games – the ability to interact with someone who’s as passionate as they are.”

You may be paying the influencer to promote your game but you cannot control the influencer’s feelings and emotions as he plays the game. The live and interactive nature of Twitch makes the platform authentic and this allows the influencers and followers to form a trusting connection for effective game promotion.

There are two ways to advertise on Twitch. You can pay for advertising space on an influencer’s channel or get an influencer to play your game on his channel. The Twitch display area is wide enough to accommodate promotional content during a live stream and a gamer can post your gaming logo during a stream. A study by Twitch on advertising found that 82% of the users on the platform believe that sponsorships are good for the industry and this means that your content will be received properly if it appears as a sponsored ad. 80% of Twitch users are open to game developers sponsoring a gamer and this bodes well with your ambition to get an influencer to promote your game.

Of the two advertisement options, getting a gamer to play your game live is the best way to promote your game as users can block ads from appearing on their channels using Ad Block. Most of the users on Twitch are teens and young adults and a study by Forbes Magazine found out that millennials don’t like ads and most would opt to install Ad Block so as to keep the ads away from their channels. Since millennials are your target audience when promoting your game, you would be wise to avoid sponsored advertisement on the influencer’s channels as Ad Block will stop your content from appearing before the people that matter.

The study goes on to say that millennials value the opinion of their friends over what advertisements have to say and this is what makes influencer marketing the best way to promote your new game. As we have mentioned above, the users on Twitch view the influencers on the platform as their ‘friends’ due to the interactive and social nature of the platform and this way, you will get your game the right publicity when you get an influencer to play it than when you get him to post your game as an advertisement on his channel.

...millennials value the opinion of their friends over what advertisements have to say and this is what makes influencer marketing the best way to promote your new game

Choosing the gaming personalities to reach out to

Choosing the right gaming personalities to work with is one of the most important aspects of influencer marketing if you want to crack the gaming market. There are three types of influencer profiles that you can work – they include the top tier ‘celebrities’ on Twitch, the macro-influencers and the small folks with a niche following. The top tier influencers have huge followings and as such, your game will be viewed by a lot of people when you hire them to promote your content. Celebrity influencers, however, may not specialize in a particular gaming niche and as such, they may not be genuine ambassadors of your game.

Then there are micro-influencers. They may not be as popular as celebrity and macro-influencers but they have amassed a following to make them influential in the gaming community. They are experts in their respective gaming fields and this makes them ideal for developers who are just starting out. Lou Fasulo of King’s Z2 game studio says that, “When you’re starting you want to start with small folks you can invest time with and learn with.” The small influencers will grow with your brand and as their influence on Twitch increases, so will your brand popularity.

When choosing an influencer to work with, you should make sure that your content is in their voice and it resonates with their community or their audience will be able to tell that the content has been sponsored. The influencer should be seen to have fun when playing your game for his followers to buy into your game and this is only possible when they love the game that they are promoting.

How to conduct the outreach

Once you identify the influencers that you are going to work with, the next step is to reach out to them so as to get them to promote your game. Before you reach out to an influencer, you need to realize that they are not there to serve you no matter how impressive your game is and as such, you need to approach them cautiously. It’s important to follow them on their channels and when you are sure that their style and numbers match your gaming ambition, only then should you reach out to them. 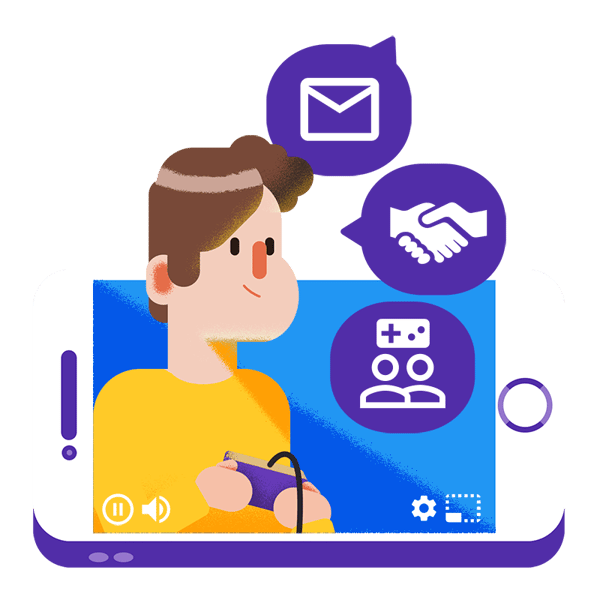 How to make a deal with an influencer

When an influencer shows interest in working with you, then you need to make an offer for their services. Offer them a fair price to promote your game and do not forget to include enticing extras such as tickets to popular gaming events and collector items. Most influencers are driven by their passion for gaming and not money and these extras could be what you need to turn them into loyal brand ambassadors for your game.

What to be cautious about

As we have mentioned earlier in the text, gamers can easily tell when the content has been sponsored and as such, you need to make sure that you choose influencers that resonate with your brand. This means that you should only work with influencers in your gaming niche and when you are discussing an offer with an influencer and you find out that they lack the necessary experience in your niche, then you should continue your search for an influencer.

What to track and measure

There are a few things that you need to track to find out if your influencer marketing campaign is going on well. Twitch allows viewers to post their comments on streams and this is something that you should be on the lookout for when your influencer is playing your game.

Check the comments to see what the viewers have to say about your game. With this feedback, you can tell whether they like your game or not and this will help you make adjustments to the game when necessary. You also need to check the number of viewers accessing the live stream as the intention of working with an influencer is to get your game before as many people as possible.

Making it count with influencer marketing

Finding the right influencer to partner with is difficult and that is what we are here to help you with. But at Game Marketing Genie, we knew that we had the power to make it easy.

That why we created Atisfyreach. Atisfyreach is driven by data and AI meaning that we analyze thousands - if not millions - of influencer profiles to ensure that you're only matched with the best fit candidates for your needs. Simply put, influencer marketing has never been this easy.

Want to know more? Head over to Atisfyreach to take your game influencer marketing to the next level!

How to Make Your Mark with Esports Influencer Marketing