Why Blockchain Games Are The Future of Mobile Gaming

Cryptocurrencies have been gaining popularity in recent years, and it looks like everyone wants to invest in this relatively new realm. Blockchain technology has fascinated many users in almost every sector, with gaming being the most affected industry. The reason for this is that there’s a sizable crossover between blockchain and the gaming community. Tech-savvy people interested in blockchain also tend to be interested in video games and play them often. The popularity of NFTs exemplifies this fact clearly, with many valuable and rare NFTs being traded in video games.

With blockchain poised to play a key role in the financial technologies of the future, it's expected that developers will use it to create user-optimized games that allow players to keep the assets they acquire from the game. This article examines how blockchain gaming will play a meaningful role in the future and how players and developers can benefit from this decentralized system.

What are blockchain games?

Blockchain has introduced an alternative monetization route in gaming. Unlike traditional games that are centralized and developers control all the assets in the game, blockchain games are decentralized to allow players to own items, collectibles, and currency. Rather than living in centralized servers, in-game items are dispersed among players and they can do whatever they want with them. These items have their value, and players can trade them within the game or elsewhere as they wish.

A few years ago, cryptocurrency bitcoin games were limited to PC, but that’s changing quickly. Advancements in mobile technology have allowed blockchain to be incorporated into mobile game development. However, the adoption of blockchain gaming on mobile is still in its infancy due to storage constraints. The chain that verifies blockchain transactions is very resource-intensive, and current mobile devices cannot accommodate such demands. But with mobile device manufacturers creating more powerful smartphones and tablets, we expect to see more blockchain games on mobile.

The two most important elements in blockchain games are cryptocurrencies and non-fungible tokens (NFTs). Cryptocurrencies such as bitcoin and Ethereum are used for in-platform payments. When players need to acquire in-game assets to advance through the game, they pay for the assets using cryptocurrency. This is especially true for pay-to-earn games where players need to make an upfront payment for assets. The good thing though, is that these assets grow in value and players can transfer them within the game or outside for a profit.

We also have play-to-earn games where players earn valuable in-game assets when they play the game for a while. These items are what we call NFTs, and they represent any form of digital asset ownership. The assets can be skins, weapons, currency, or any other valuable item depending on the game. These assets have their own value based on their availability, and players can trade them to earn crypto or real-life money. Alternatively, some cryptocurrency blockchain games reward players with small amounts of cryptocurrency for being engaged in the game. The process of making money in these games usually takes longer, but they are better than the other games that don't give players anything even after playing the game for years.

One of the popular blockchain games you may look at for inspiration for your crypto game marketing is CryptoKitties. CryptoKitties was launched in 2017 and is the first widely recognized crypto game. In this game, players can own, breed, and trade kitties. The game falls in the pay-to-earn category, with players required to purchase Ethereum that they would use to buy a virtual kitty that's actually an NFT. The pet has its own DNA, and players can breed them with others to create valuable mixed DNA kitties that can be sold for a profit. At the peak of the game's popularity, one crypto kitty was sold for $172,000. And because of this transaction, the game made headlines and made more people aware of blockchain gaming.

The benefits and challenges of blockchain gaming

Blockchain technology has greatly enhanced the mobile game industry. Here are some of the top benefits and challenges for players:

When a player acquires something in a blockchain game, they get full ownership for that digital asset. No one can take the asset away from them, and even when the game shuts down, they still get to keep the item and can use it elsewhere.

In blockchain-based games, smart contracts manage all the transactions. These contracts are irreversible, and when the game is launched, all the assets bought using smart contracts are promptly transferred to the players’ accounts. With actual digital ownership, players can trade scarce goods for profit or keep them to grow their value further.

Blockchain’s strength of decentralization and data encryption measures make it difficult for hackers to access valuable user data and assets. With a decentralized network, there are no servers for hackers to break into, thus enhancing the security of in-game assets. This has created a better environment for developers and game entrepreneurs, resulting in increased productivity. 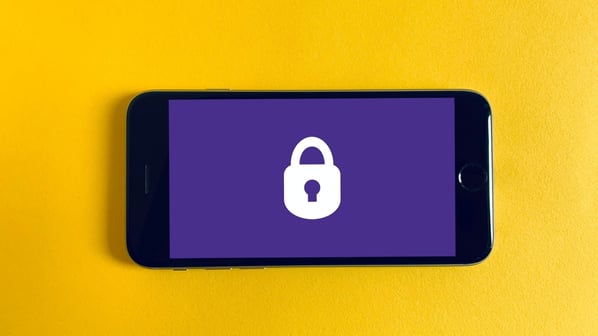 While traditional games are centralized and give full control to the studio, blockchain games are more transparent and allow players to participate in the running of the game. When players vote to change something in the game, the developer has no choice but to implement the change.

To make this possible, most blockchain games have introduced ‘governance’ tokens that give gamers decision-making powers. The players who acquire these tokens can vote on important issues, thus giving users a greater say in the management of their favorite mobile games.

Cryptocurrencies are very secure and private. In blockchain games, crypto and other similar tokens are used to facilitate payment, resulting in seamless trading and payments. While there have been multiple incidents of networks being breached within traditional games, blockchain networks are more secure and have improved the payment possibilities for gamers.

Greater control over games, gameplay, and its assets

Blockchain games give players more control over their accounts and digital assets. They can trade, sell, or gift their assets as they please. If they want to use their assets in competitors' games, they are free to do so. In-game assets are no longer restricted to the games they originate from. They can be traded freely in any market that runs on blockchain technology.

The benefits of blockchain gaming for game devs

There are also some significant benefits for developers. Here are some of them.

One of the main benefits for mobile game developers is that the market is still growing. The market isn’t saturated yet, meaning there’s still room for more players in the blockchain gaming niche. Users are also starting to embrace such games, meaning developers wouldn’t have a hard time when they promote crypto games. Whether you are an indie developer or a big studio, you have the chance to create a hit game that would be embraced by blockchain enthusiasts.

Blockchain game players value these games more than traditional games. They take the games very seriously and play them often. Also, they are not casual game players looking to kill time. Instead, they are interested users who set time to play the game and discuss it with other passionate users in their gaming communities.

The players don’t just devote their time to these games. They also invest money into them, like the case of pay-to-earn games. All these issues make blockchain players high-quality users that every mobile developer would like to target with their mobile game marketing strategies.

Creative ways to make a profit

With traditional games, developers strive to make players addicted so they can spend more on in-app purchases. To achieve this, they tend to implement aggressive monetization techniques that push IAPs down the player’s throats.

But developers don’t have to resort to such aggressive techniques with blockchain games. This is because crypto games allow developers to use innovative ways to generate a profit. By focusing on the creative value of in-game assets, developers can design items that grow in value over time.

Finding it hard to get your crypto game the visibility it deserves? Get on top of it today with The Top Crypto Game Marketing Guide.

Gaming has gone a long way, and its future is predicted to incorporate blockchain technology as players seek more control over their favorite games and real ownership of the digital assets they acquire. Blockchain gaming promotes decentralization and allows players to control their assets, currencies, and programs.

The industry is still in its infancy, meaning you can easily establish yourself as a key player with the right moves and strategies. As you focus on developing a killer crypto game, we are here to help you make a successful launch and attract players to your game. We have helped many games reach the top of the charts and can make this process seamless for you.

Get in touch to talk to our marketing experts today!