A Short Guide to the History of Influencer Marketing

And it’s not slowing down! Business Insider states that influencer marketing is projected to become a $15 billion industry by 2022, with brands planning to increase their budgets to reach more qualified audiences.

But is influencer marketing a new phenomenon? When did it start, and who were the earliest influencers?

This post explores the history of influencer marketing and how influential figures have been guiding consumers’ decisions well before social media came to the scene.

What is an influencer?

To “influence” means to extend one's beliefs to another, but this wasn't the definition originally! The term “influence” meant the radiation of mystical fluids from space that affected human behavior, beliefs, and destinies, as stated in our blog.

Modern influencers might approve of the mystical connotations of influence since their work involves swaying other people’s decisions. They wield their powers of persuasion through social media, and people trust their opinions because they are experts in that niche.

An influencer could be a celebrity, a prominent athlete, a popular social media user, a friend you trust, or even a fictional character. These are people that are competent and reliable experts in their niches. 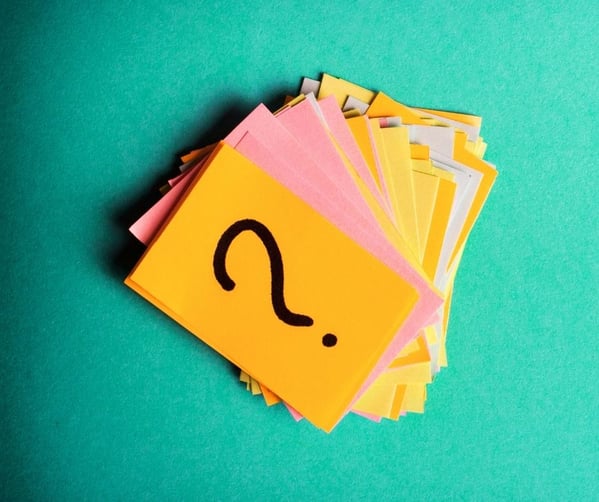 Influencer marketing happens when brands use influential people to promote their products. Nielsen states that 92 percent of consumers trust the reviews and recommendations from their friends over corporate ads, and brands leverage influencer marketing services to forge inroads with prospects faster.

The right influencers can help brands significantly reduce the sales cycle, boost engagement, drive sales, and increase basket size among shoppers. When they say something is incredible, their followers listen and want to try it out. This delivers a measurable sales lift and helps brands meet their marketing goals.

To succeed with influencer marketing, you need a clear understanding of your audience to find relevant influencers for your campaigns.

Our blog, What is the Foundation of Your Influencer Marketing Strategy? explains why you need to clearly understand your audience members before starting an influencer marketing campaign. 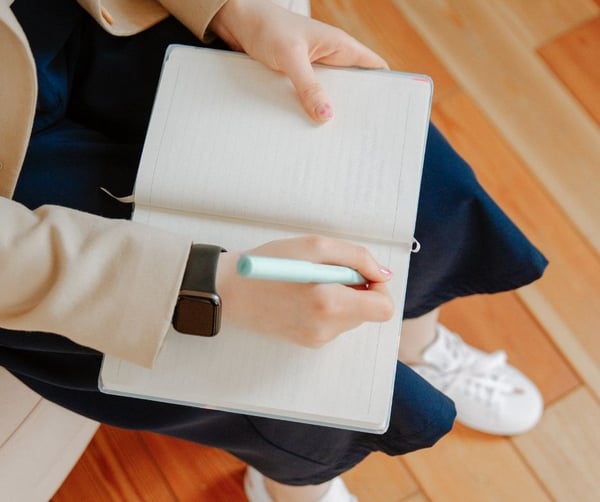 Where it all began...

Advertising legend states that the Queen and the Pope were the earliest recorded influencers. According to Feudal Law, the Royalty had divine power to rule, and the only person above them was the Almighty God (or his representative on Earth, the Pope). These two used their power and influence to advocate for the use of medicine for non-believers.

We also have the case of Josiah Wedgwood, who used his association with the Queen to promote his pottery. The Queen endorsed his pottery, giving it the royal stamp of approval, and Mr. Wedgwood used the endorsement to advertise and sell his wares. The Queen’s blessing enhanced Wedgwood’s reputation above other potters. He publicized himself as “Potter to Her Majesty,” which helped him attract many customers who wanted to try his luxury tea sets. To date, Wedgwood’s pottery brand is famous and trusted – all thanks to the power of influencer marketing.

The 20th century introduced the next phase of influencer marketing. More and more brands started adopting this marketing tactic to cash in on their ability to appeal to consumers in ways that traditional advertising couldn’t. Celebrities and fictional characters began being linked to brands to sell more products to the general public.

The earliest celebrity endorsement was in 1905 when Murad Cigarettes featured film star Roscoe “Fatty” Arbuckle in their ads. It’s said that the brand asked Mr. Arbuckle to smoke a cigarette on set as part of the endorsement, but he declined to do so, fearing that the cigarettes would ruin his voice or he would develop a cough. 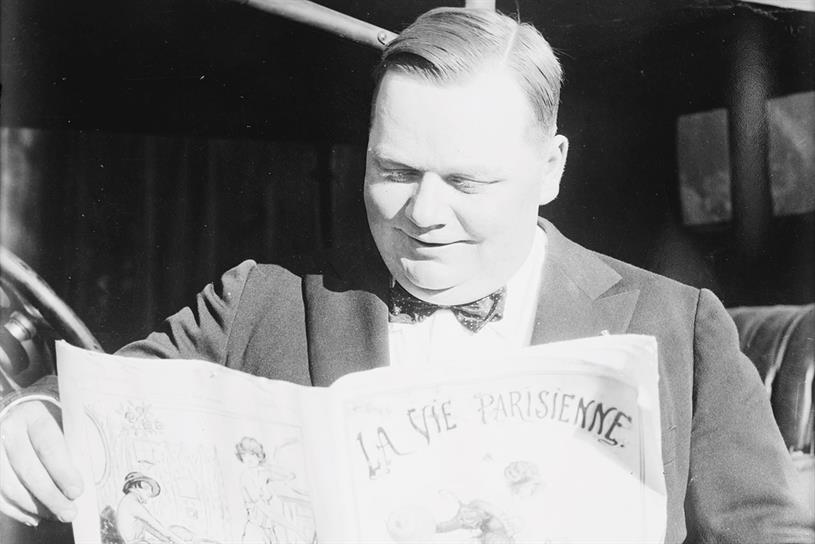 However, he agreed to promote the cigarettes in print, becoming the first celebrity to endorse a brand publicly. The campaign was successful, and other brands followed suit in working with influencers to endorse their products. 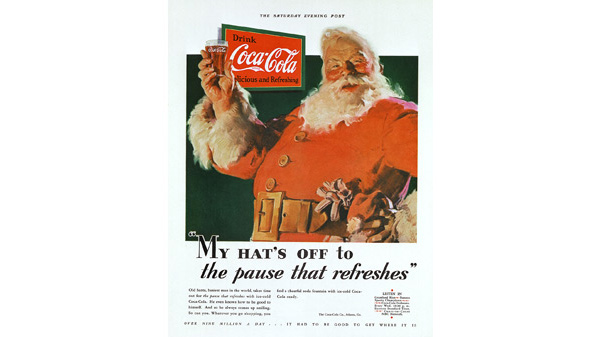 The most popular use of fictional characters to promote a brand came in the 1930s when Coca-Cola started including the image of Santa Claus in its holiday print ads. The friendly, grandfatherly figure of Santa captured consumers’ attention, both young and old, and touched them emotionally. Sales were low at the height of the Great Depression, and Santa’s jovial image helped convey cheer and drive beverage sales during an otherwise bleak moment.

Aunt Jemima is another popular character that was used for brand promotion. The R.T. Davis Milling Company hired Nancy Green to be the face of their “Aunt Jemima” pancake mix, giving it a unique identity and making it famous. (Note: this company is changing its logo due to negative historic connotations - another good move for their branding).

One of the most successful influencer campaigns of the 2000s was done by Old Spice—you’re probably familiar with it! Old Spice was viewed as a brand for older men, and the campaign’s objective was to make the brand relevant to younger audiences. The brand created an ad featuring NFL star Isaiah Thomas that went viral because of its humor and appeal. Traffic to the company’s website increased 300 percent, and the sales of Old Spice doubled, making it one of the most successful influencer marketing campaigns in history.

A shift from celebrity to regular people

Millennials and Gen Z have disrupted consumer behavior leading to a change in the influencer culture as we know it. They require social proof before buying anything, meaning they want to see people like themselves enjoying a product before making a purchase. This has resulted in a shift from celebrities to ordinary people being preferred by brands to endorse their products.

Whereas celebrities were celebrated for being iconic, “regular” people are more trusted by consumers now because they’re accessible and relatable. Their lifestyles aren’t over the top, and consumers can relate to the content they share. They have authentic voices and the ability to connect with their followers through aesthetic content effectively.

Social media has played a role in nurturing the current crop of influencers. It has provided ordinary people with a platform to share their thoughts on specific issues and, in the long run, become expert leaders in those niches. They have built engaged communities that listen to what they say and follow their recommendations. They also use their channels to advocate for their favorite products and help brands get their messages to those who matter.

The very first social networking platform that allowed users to connect online was SixDegrees.com. The site was launched in 1996 and consisted of popular features like personal profiles, friend lists, and school affiliations. Users could create connections and send messages within their networks. By sharing their expert thoughts and opinions on specific issues, users gained some sort of influence that they would use to recommend particular products and services to other users.

Very few people were connected to the internet at that time, and as such, networks were limited. It would be a few years before the internet infrastructure could catch up with the idea of social networks. 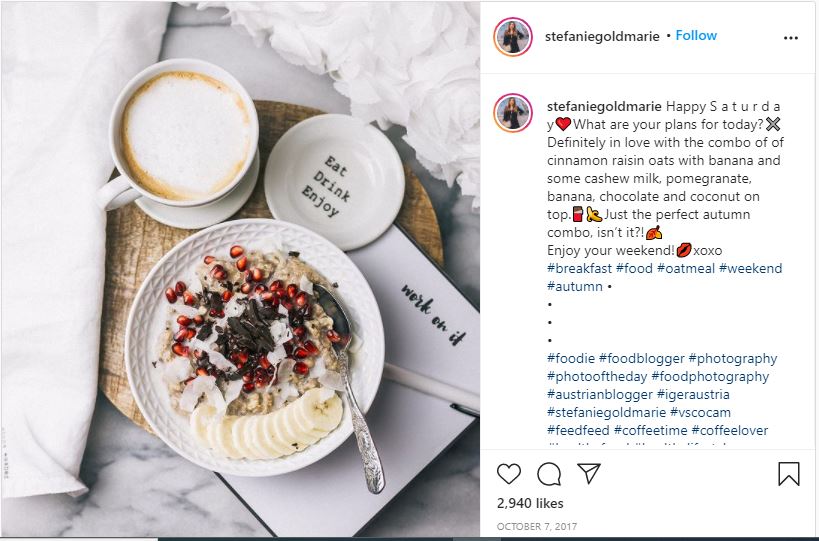 Advancements in internet connectivity and the growing popularity of social media networks helped influencers carve out a market for themselves. Ordinary people would create accounts on their preferred platforms and talk about the things they love. A food blogger would post about meal plans, and those who like such content would follow them on their pages. Unlike celebrities, social media influencers actively engage their followers, helping them build reliable connections with their audience.

There are many platforms where influencers share their content, but the most popular ones are Instagram, Snapchat, Facebook, YouTube, and just recently, TikTok. Each of these sites has countless influencers with millions of passionate followers. Engage an influencer game marketing agency to help you find relevant content creators for your marketing campaigns.

Influencer marketing's popularity has been growing steadily, with marketers finding it more effective at engaging audiences than other advertising means. Data from Influencer Marketing Hub finds that the industry is expected to grow to approximately $16.4 billion by the end of 2022. Marketers said that influencer marketing helped them strengthen brand messaging through authentic endorsements and reach more qualified audiences to increase their budgets.

Want to break into influencer marketing?

With all the noise online, consumers only listen to the recommendations of the people they trust. Unlike celebrities, consumers can relate to influencers who create valuable content on specific subjects.

Influencer marketing has been evolving through the years, and you need the latest tech and metrics to help you succeed. Our influencer marketing platform can help. Choose from more than 10 million influencers from diverse niches to find the one that best suits you with Atisfyreach. Our platform uses machine learning and AI to match you with the best fit candidates to ensure your game succeeds in the competitive gaming environment.