What Does Mixed Reality Mean For the Video Game Industry?

The boundary between the real and virtual worlds continues to break down, offering users breathtaking experiences that, only a short time ago, were the stuff of science fiction. With technology advancing rapidly, the things we used to see in Star Trek movies are now available for sale to the public. This is especially true for the gaming industry.

The video game industry has kept pace with the latest developments, exploiting just about every new development they can. While both augmented reality (AR) and virtual reality (VR) are some of the popular technology integrations, mixed reality (MR) offers the best of both worlds (physical and digital), allowing for new interactions through voice-based and gesture inputs.

This post explores the impact of the mind-blowing digital experience of mixed reality on the video game industry.

What is mixed reality?

Mixed reality is a new-wave technology that combines a real-time view of the actual surroundings with an overlay of intelligent virtual objects to allow users to feel like they’re interacting personally with the digital environment. With mixed reality, you can grab a real-world water bottle when playing a video game and hit an imaginary character with it. It combines imagination and reality to offer players a truly immersive digital experience.

But MR isn’t just reserved for video game marketing strategies. It has now been integrated into many digital enterprise initiatives with a recent study by HBR finding that nearly 90 percent of businesses are exploring or deploying MR technology, with 68 percent believing mixed reality marketing is crucial to realizing their strategic goals.

The advancements in MR are based on the predecessors of virtual reality and augmented reality technologies, so you need to know VR/AR to know mixed reality.

VR is an immersive technology that tricks the senses into believing you’re in a different environment. With a head-mounted display, users experience a computer-generated world in which they can move around and manipulate objects using controllers tethered to a PC or console.

The difference between VR and AR is that VR creates an artificial world to inhabit while AR inserts artificial things in a real environment. Mixed reality combines both aspects of AR and VR, allowing users to interact with and manipulate both virtual and physical items and environments using next-generation imaging and sensing technologies. 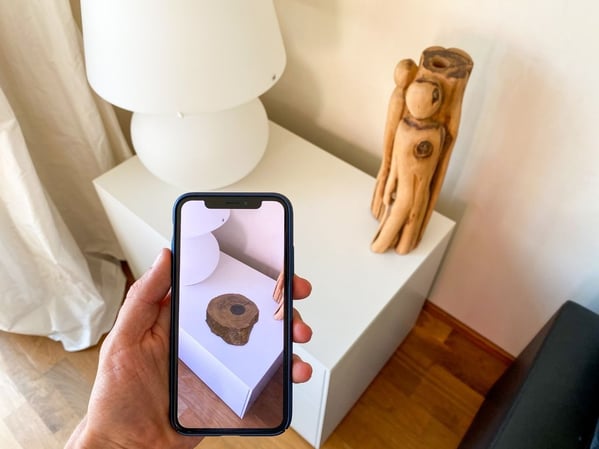 The augmented and mixed reality market was valued at $2.98 billion in 2019. It’s expected to grow to $27.44 billion by 2025, posting a CAGR (compound annual growth rate) of 44.74 percent over this period (according to data from Research and Markets). The world has fully embraced VR and AR, but a merger of these two technologies known as mixed reality has come into existence and is set to disrupt the technology world. Work with a gaming marketing agency to position your company as a leader in the AR/MR gaming market.

MR was initially focused on gaming and entertainment, but it has found applications in other industries such as education and training. Organizations are incorporating MR technologies to offer training without training equipment.

The major factors responsible for the growth of the market are the increasing demand for high-end consumer appliances and an increased purchasing power in developing nations.

The demand for immersive experiences means that the video game industry will hold the majority share when it comes to the adoption of MR technologies. Nothing could excite an avid gamer more than getting transported into the game, fighting aliens and demons, and exploring incredible environments beyond imagination. 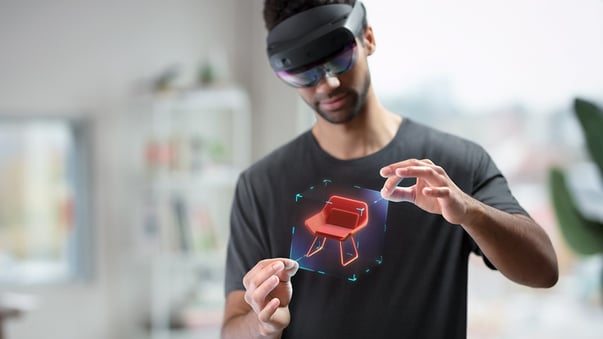 When it comes to the adoption of MR technology in society, North America is expected to be the market leader. The region dominates the market because of factors like a high exposure to technology and the easy availability of smart devices. For example, Microsoft HoloLens was a breakthrough device in mixed reality technology developed in the US.

The global AR and MR market is very competitive, with many actors contributing to the growth of the industry. Some vendors are even forming partnerships to come up with great innovations and increase their market share.

In September 2018, Microsoft launched a series of new AI and MR applications for its workplace software Dynamics 365 that includes HoloLens-powered tools aimed at improving the efficiency of sales and marketing teams.

What are its impacts on the video game industry?

Blending physical and digital worlds together

Mixed reality games bring the real and digital worlds together. When playing these games, you can immerse yourself in your immediate environment as you interact with the virtual world without removing your headset. You can have one foot in the real world and the other in an imaginary setting, thus eliminating the concept between real and imaginary.

Our gateway into the metaverse

MR games serve as a gateway into the metaverse – a version of virtual reality created through synthetic vision. By wearing special glasses, players are transported into a virtual fantasy world where they interact with the elements of the games they are playing.

The metaverse is an infinitely large and interactive space. It's infinite because it exists even when you don't interact with it, and MR is one of its access points.

The next step of gameplay immersion

MR gaming is generally characterized by a headset that allows the player to see the virtual world they are interacting with. They can also touch and trigger different objects in that world.

The equipment blocks all outside stimuli allowing users to immerse themselves in the gameplay fully. The next level of gameplay immersion is the ability to act within this world through hand controls that improve how “real” the game feels to users. 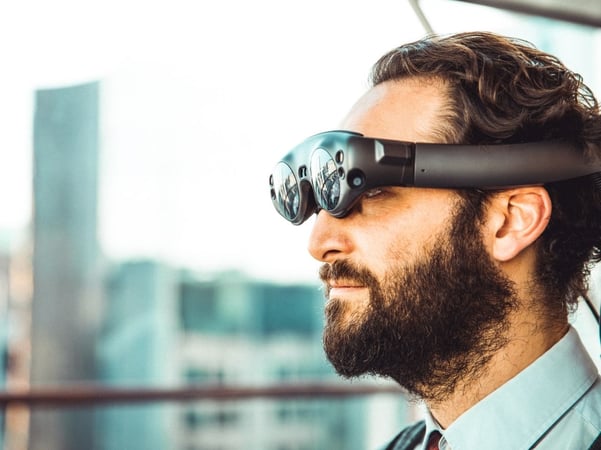 Encouraging audiences not typically interested in games to join in

This advanced technology has also helped make gaming appealing to people who aren’t fans of video games. By merging the physical and digital worlds, MR delivers unforgettable experiences that everyone wants to be part of.

MR games also allow players to connect in many ways. People playing games across the world from each other can feel like they're standing next to one another. This has been a huge draw for new people who want to experience mixed reality gaming.

The future of mixed reality and gaming

Mixed reality is the latest development in the gaming industry, and you can expect it to have a lasting impact on the way games are developed. We have seen the real and artificial worlds combined to create popular applications like social media filters and mobile games. The world loved Pokémon GO and Minecraft Earth, but where will it go from here?

Computer vision is expected to play an important role in enhancing the gaming experience whereby machines will capture how people behave in the real world and implement that in video games. Through facial recognition technology, computers will scan a player’s face and use that likeness to create in-game avatars.

Computer vision models will also be used to detect planes and flat surfaces in the real world. By detecting planes like the walls, the ground or the side of a building, MR games will understand where to place virtual objects.

MR technology will also be utilized to recognize objects in amazing ways. Through object recognition, games will be able to detect the items in a room and create a unique playable area in that room.

Synthetic media is another technology that will shape the gaming industry in the coming years. This technology will be used to generate voice overs for in-game dialogue. Developers will simply create the dialogue text, select the emotion that best matches a particular scene and generate an audio clip with that part of dialogue vocalized. This way, synthetic audio eliminates the time and cost of traditional voice recording.

Mixed reality is a developing industry. It combines the real and imaginary worlds to offer players a truly immersive gaming experience. Players are excited to see the future of interactive gaming experiences, and by working with a video game marketing agency, you will develop a detailed marketing strategy to attract more gamers.

Game Marketing Genie can help you market your mixed reality game. We understand what it takes to connect with the gaming community, and we'll ensure more players are aware of your game.

Are you generating enough revenue from your mobile game? Use these marketing tips to attract more players.

6 Things You Need for a Good Game Trailer