Narrative is an essential part of any good video game. It helps the players engage with the story and relate with the characters, and also helps you find important opportunities to market your game.

Whether you are creating a role-playing game like Chrono Trigger or an atmospheric 3D shooter title like BioShock, a good narrative could be the reason players fall in love with your game. The following are some of the main narrative elements you need to think of when developing your video game, especially when you want players to be impacted by its narrative. But you also need to think of these when marketing your game as these are key factors that you can use to hook players in and engage them.

Characters are the most important asset of any video game. Good characters are those that the players can relate to. They should act “human” even if they are robots or mythical creatures. If your characters don’t have a backstory, strengths, and weakness, they will feel fake and uninteresting.

Every character should be designed to serve a purpose to make your game appealing to the players. Try and figure out how every individual from the player-controlled character to less important NPCs (non-playing characters) fit into this world. Define the age of your characters and the particular skills they possess. You should also clearly bring out their personality to show how they would react in certain situations.

The backstory helps players understand why particular events are happening in the game. It explains what has happened to lead to events in the game and what the player has to do to fix the situation. Life-changing events that occurred before your game's story will shape who your characters are, and this, in turn, will determine their personality. Smaller games don't need such a substantial backstory as it could complicate things for the player.

Players don't directly interact with the events in the backstory, but they frame the narrative and actions in the game, thus giving the player sufficient information to immerse themselves in the game.

Tip: Try showcasing the history in your marketing strategy to give insider hints into the story. 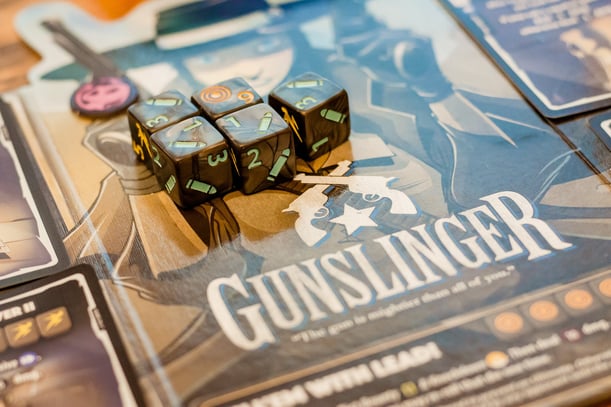 What world does your game take place in? The setting describes the game's universe that includes the continents/cities your characters live, character races, the resources in that place, and the technologies that exist, such as magic and teleportation. Keep your items, environment, dialogue, and more consistent with this world to create a unique environment that fits with the video game narrative you are building.

For a game like Rainbow Six, which is set in the real world, not much explanation is needed. But for something like Halo, you need a little more clarification to get players comfortable with the fantasy nature of the setting.

Tip: Lush trailers that display the environment that your game takes place in is a great way to market your game.

These are the things that will help the main character move through the narrative. They could also be defined as in-game artifacts the character finds that directly advance the story (a mysterious key that unlocks the final door) or give some backstory to the player (a diary detailing a day in the past).

They could also give players small clues, or game items could also include things like armor and weapons that help the players complete the quest. The sky's the limit when choosing items for your game, so be creative or hire a video game narrative designer to help you create unique game items that will make your game stand out.

Tip: Got a mysterious item that has a bit of a back story? Show it off in a social media post or tease its history in a short video. 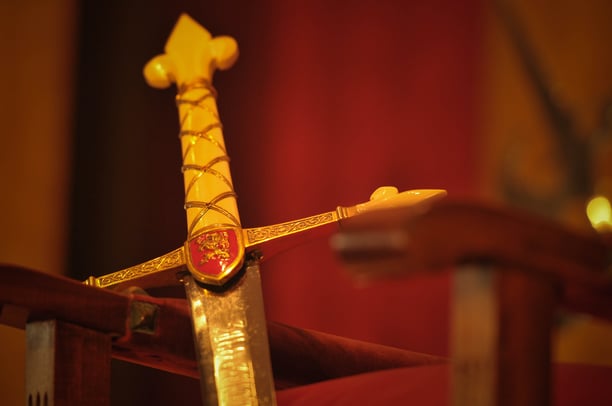 Every video game marketing agency will tell you that maintaining a consistent theme throughout your game is one of the things that will help you attract and retain players. Everything within your game should meet your theme from the colors, music, dialogue, interactions, and decision making.

Take advantage of your story and weave it into your gameplay. This is common in cinema and is also suitable for video games. Most players can't stand inconsistencies within a game, and that's why you should be careful when developing your video game narrative to ensure it matches your game's theme.

Tip: Don’t include things in your marketing that don’t suit the style of the game! This will make your audience’s view inconsistent and may lead to bad reviews. 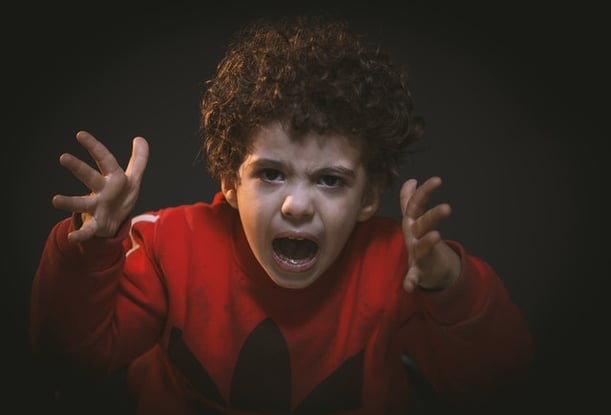 When developing your video game narrative, don't forget to include rewards to players for completing any part of the story. The rewards can be revealed gradually as the player progresses through the game and achieve in-game goals. The reward could be an item, achievement, unlock, or progression to the next part of the story.

Including rewards in your game narrative has the effect of motivating players to spend more time playing your game. They will be excited to unlock new levels to know what happens next. Without rewards, players will not want to continue as they is no value in it.

Tip: Rewards are a great way to get your customers back! Try offering deals or special items using emails and push notifications to remind your players why they liked your game so much. 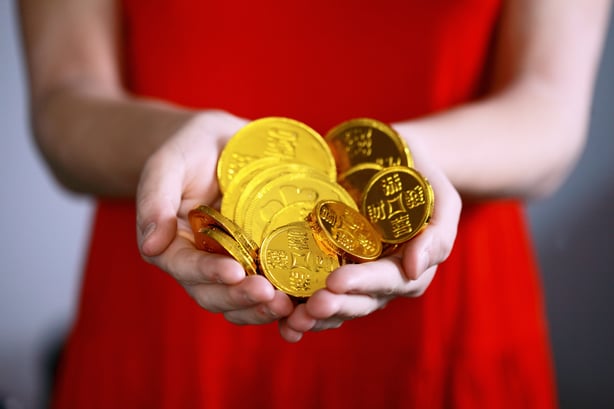 Cutscenes refer to in-game events and interactions that the player watches and usually has no involvement in. These can be used as a reward, as a way to tell more of a story or to involve the player in the setting.

Long cutscenes (known as cinematics) are best used at the start of a game to tell a bit of the story. However, these can be conflicting if used too often as the shift between gameplay and movie watching can reduce immersion.

Tip: Cutscenes can be used in your marketing campaign. Try grabbing a few snippets and weaving them together to create exciting videos that engage your audience. 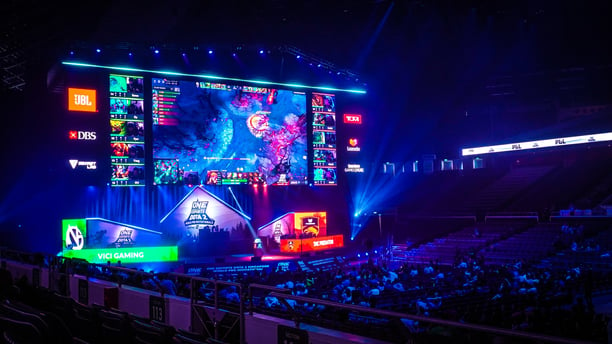 The general definition of immersion is a state of mind where someone is completely absorbed by what they are doing. When a player is immersed in a game, the real world stops to exist, and the game setting becomes their reality. Players are looking for such experiences when playing games, and you can use distinct narrative content to provide a sufficiently believable context for immersion.

Tension, excitement, big wins, and a sense of accomplishment are essential for a game to be engaging. To generate these feelings in your players, your story should have appealing goals and things players are interested in achieving.

Tip: Your marketing strategy needs to be immersive too. It’s no longer just about reaching your audience, you need to get them to connect on an emotional and psychological level too. 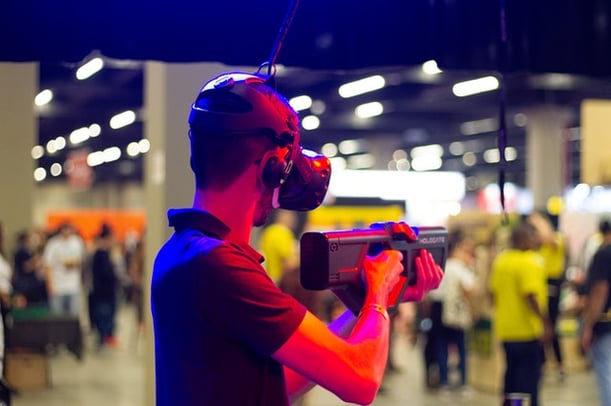 Your game should not have narrative beats that are at odds with each other to ensure players don't get confused when playing it. Such an occurrence is known as ludonarrative dissonance, a term coined by game designer Clint Hocking to refer to instances where the gameplay of a particular game does not match the narrative being told.

An excellent example of this is when a hero goes on about how good he is, and then in the next cutscene, he murders innocent people by shooting them in the face. Fans of narrative-driven games will not appreciate this turn of events and will likely abandon your game. Figure 1: Nathan Drake is a charming treasure hunter in the 'Uncharted' series, but his body count reveals that he has killed many people. The reason this is okay is because the audience sees those characters as enemies. Source: INVERSE

Your game should also not have an inconsistent point of view so as not to diminish the game experience. Video game marketing companies strive to place the player as the protagonist in the game story and not a spectator by letting them make important decisions and not watch them in cutscenes.

If you say Hero X is quick, then show a cutscene of them running through a city dodging obstacles, it diminishes the player's ability. Let the player run through the city and dodge the obstacles, and they will feel as though they themselves are quick. These experiences ruin immersion if messed up, and create an inconsistent and hard to follow game.

Tip: Your characters and their personalities exist in the mind of your audience. Make them more engaging by showing off what they can do in an exciting trailer!

10. A close connection between the writing and the gameplay

When crafting game stories, the writing and the gameplay should be closely tied to each other. Some core elements of traditional writing like lengthy expositions, switching character perspectives, and internal monologues can be very deadly if they are not appropriately handled. Players want to play the game without getting the impression that they're merely escorting the characters through predefined sets of actions.

If the answer is "yes," then the writing complements the gameplay. If the answer is "no," then the writing doesn't add anything. No matter how good your telling of some non-story related events that happened within the world is, it is better saved for promotional materials, complementary novels, in-game Easter eggs, or something that doesn't force the player to have to consume it.

However, there are always exceptions to every rule. Being able to find an in-game book about a non-story related event is fine as it doesn't force the player to have to experience it if they don't want to. It is perfectly okay to include a lot of extra storytelling that isn't related to the gameplay if the player can explore it in their own time.

Tip: Your writing and your gameplay go hand in hand. Consider telling external stories on your social media platforms, video channels, website, merch and more! Connect with your audience by giving them more content. 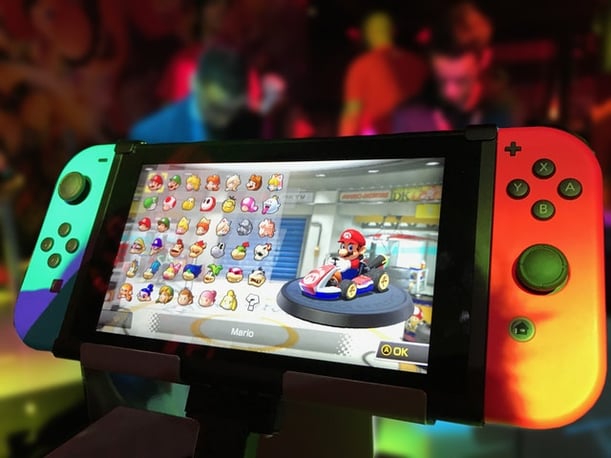 Creating a good video game narrative can be difficult. Without the right skills, your game story will have a lot of inconsistencies, and this will ruin the player experience. Working with a video game marketing agency will help you polish your narrative and find opportunities for growth and conversions. The team at Game Marketing Genie can help.

Contact us today, and let's discuss the different techniques to advance your game narrative.

Is your game ready for the mass market? Give it a little polish to achieve a bigger impact when you launch the game.

How to Create Player Buyer Personas For Video Game Marketing