What makes game trailers almost as anticipated as the games they're promoting?

Online fan spaces and gaming industry events are hotspots for heated discussions about cinematics. In a matter of minutes, the cinematic game trailer must present and absorb the viewer into the game's world visually and audibly. This is why trailers are works of art with their own narratives and directorial styles.

Spend a few hours engrossed in video game trailers, and you'll soon realize something fundamental. The way trailers are made says a lot about the type of game advertised. When you back up from the trailer's content and observe the framing, you'll discover several interesting things that you can use to position your game.

Here are 5 video game trailers that nailed it and became fan favorites for gamers worldwide. Though not part of the Souls series, fans recognized many elements in the long-awaited trailer for Elden Ring. The trailer suggested the presence of colossal foes, a dark fantasy realm, and spirits from other worlds who may aid (or damage) the player adding to the excitement of the upcoming game release. The trailer also showed that Elden Ring is bigger than the Souls games.

The teaser showed the game's open-world terrain and the numerous dungeons that players could expect to discover throughout gameplay. The video also showed item crafting, player personalization, and cooperative play, among other things. Until the 2014 E3 teaser, Nintendo wasn't sure what it planned to do with the upcoming The Legend of Zelda video game. Eiji Aonuma, the producer of Breath of the Wild, stated that the E3 2014 teaser wowed everyone and that they needed to incorporate everything into the whole game.

He revealed to Edge magazine that "After creating the trailer, I really wanted to put that in the game. So I ended up making it come true. There's a lot I learned from that trailer. Once we'd put that element in the game, it made us think: what else can we do with this enemy? How else could we fight it? It expanded to new story ideas as well. The trailer became the basis for the whole game."

The storyline showed a veiled Link riding his horse until a monster arrived on the horizon. His horse bolts, the monster hot on his tail, as a few local herders and animals flee for cover. The monster pursues Link across a bridge, breaking a part of the wooden structure ahead of the hero and moving in for the kill. Link pulls off his cloak, revealing his clothing, which consists of a blue and yellow tunic and a trusty bow and arrow. He stuns the beast with two explosive-tipped arrows and then pulls out a unique arrow that morphs before the trailer fades to white. The Bioshock series is known for its fantastic trailers. The Beyond The Sea trailer, made for the very first in the series, did not feature any actual gameplay, but it did show off the spooky Rapture setting.

It's unforgettable to hear a famous jazz melody play as a character battles for their life against the horrors of a submerged city. The first sight of the trailer alone is remarkable, as Jack inexplicably drifts down toward the brilliant city of Rapture. It's no secret that Battlefield has fantastic trailers. According to Forbes, the Battlefield 1 launch trailer got more than one million likes on YouTube in its first four days. The popularity of Battlefield 1 can be seen not just in the record amount of love the trailer garnered, but the game also led the sales rankings in the following October, beating out titles like Mafia 3 and Gears of War 4.

Aside from some minor launch hiccups, reviews of the game were mostly good, since it was far more fast-paced and entertaining than the game trailer revealed at first glance. The mood board of a trailer that introduced the long-awaited Red Dead Redemption 2 managed to get fans even more eager for the game. From flame-soaked oil fields to brutal landscapes, each lingering shot of western America invoked a particular reference in a viewer's mind. This magnificent cinematography, mixed with thrumming music and the protagonist Arthur Morgan's first drawls, formed an exciting setting players were excited to jump into.

The trailer showed characters in action, a taste of the updated combat system, the plethora of choices gamers will have, a little more about the gang, hunting, and much more. Rockstar then revealed that this was only the first in a series of gameplay trailers, which boosted excitement even more.

BONUS: Check out a trailer we made On that note, look at a trailer we made for our influencer marketing product, Atisfyreach.

A simple concept is brought to life through impactful graphic design and easy-to-understand flow that explain how the product benefits brands looking to scale their influencer marketing efforts. Are you looking for one too? You can have a free demo here. 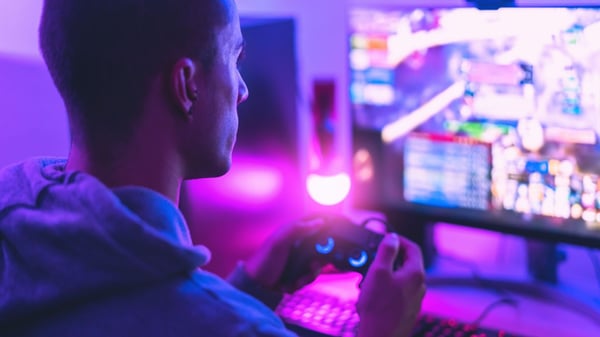 Video is a crucial component of your game's path to success. Luckily, we’ve got all the best tips for you here: The #1 Video Marketing Handbook for Gaming Studios.

Create a game trailer for your game

Do you want to propel your game to success? Creating game trailers like those above requires a big budget. However, creating a high-impact trailer is not entirely impossible at a smaller price range. Game Marketing Genie can help you create state-of-the-art game trailers and animation videos for your social media promotions.

Get in touch today!