Are your paid ads failing to perform as effectively as you had hoped? Don't worry; we've all been there. You could simply be making a few mistakes that are harming the performance of your game ads and causing your budget to plummet.

Here's how it works: copy, ad creative, and targeting are the three most important aspects of any successful ad. You'll win if they're on point.

Sounds simple but it's easier said than done.

Ad creatives have an incredible impact. Make one that sticks out, and you'll be able to reach an audience you hadn't imagined before.

Our in-depth ad creative guide has you covered. Let's get started.

But first, how important are ad creatives for game marketing?

Our attention span is at an all-time low. Even the most enticing ad content isn't always enough to "hook" a potential consumer. But what makes people stop scrolling these days?

A beautiful piece of visual creativity.

As a result, competition for aesthetic superiority is severe in the paid ad area. Even though photos and videos are the most powerful, they are oversaturated. 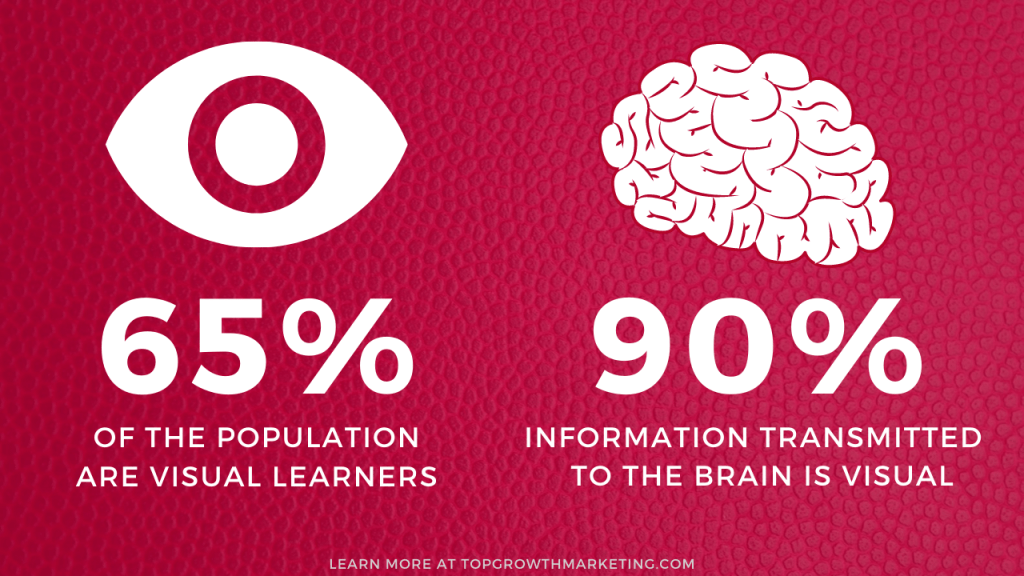 Some game developers approach ad creation blindly or intuitively and waste money on ads that never convert. A better approach before you begin your creative process is acquiring the raw material for your ad creative. Read on to learn how to make ad creatives for your video games.

The ten essentials for your game's ad-creative

The first step in every successful advertising strategy is to define your goals. Are you preparing to launch a new game? Maybe your sales need a boost, or you want to diversify your subscription offers.

Your advertisements should serve a specific and quantifiable objective. You'll be able to tell whether or not they're working objectively and to what degree. Creating measurable targets will also help you to analyze several campaigns, allowing you to improve the poor performers and double down on the winners.

At this point, consider what metrics you will use to measure the performance of your ad campaign. For example, rewarded traffic needs rigorous testing to increase your income and app retention. Or perhaps your ultimate goal is to increase download volume? Is the goal to maximize ROAS? Do you base your performance on cost-per-action or cost-per-click?

Spying on your competition is a vital tenet for every project (including game development), but not all mobile game creators have mastered it.

The ultimate goal is to uncover market gaps and learn what types of creatives are successful. You can achieve this through Facebook's Ad Library or by leveraging intelligence platforms. Additionally, attempt to find creative trends for a specific game genre.

Not only is this critical for detecting what your competitors are doing so that you don't fall behind, but it may also provide much-needed inspiration for winning concepts and variations.

You'll gain a better understanding of what works and what doesn't by doing so. Remember that top game publishers painstakingly test every creative, so if it works for them, there's a good chance it'll also work for your game.

An ad creative brief connects the required work to get it to stick to the larger business goals by explicitly articulating the marketing plan. Whether you're working with an internal team or an outside consultant or agency, creative briefs assist everyone involved in understanding the project's objectives, audience, messages, and essential deliverables.

You might see creative briefs as non-essential in an already overburdened to-do list. However, creative briefs are essential for executing successful marketing strategies. Include all of the above elements in your creative brief and share it with all stakeholders. These documents, when done right, encourage innovation and keep the team engaged.

The words tell your brand's story, whether a classified ad in a local newspaper, a full-page spread in a glossy national magazine, or a Facebook meme. What message do you want the words to convey? Sometimes it's an actual story in which a single ad will include the second chapter of the original story, then a third, and then the fourth ad, as part of a series that keeps viewers on the edge of their seats. But more often than not, it's a single commercial with really well-chosen words and an impactful, memorable message.

Ad copy should always be entertaining and informative, emphasizing the shining parts of your game. Nobody will believe it's creative if the highlighted benefits aren't relevant to the gamer's interests.

Another essential factor to consider while developing ad copy is what device your ideal player persona(s) is likely to use. Do your clients surf the web or use social media when they should be seeing your creative? For example, younger players are more likely to use social media, while older gamers prefer finding your ad creatives on websites linked to their industry. Because each channel has a different ad creative format, knowing your customer is critical.

You can then construct different ad variations based on the segmented ad copies you build.

Images are the most critical aspect of responsive display ads. Images aid users in understanding your gameplay, storyline, and brand. They are essential to the success of ads.

Avoid background images that are hazy, skewed, upside-down, unclear, have a border, are color-inverted, or have been too filtered.

Complimenting your ad copy with eye-catching pictures helps your ad stand out. Text on a drab background will not grab people's attention as efficiently as vibrant graphics and intriguing snippets from your video game. Use your design tools to generate eye-catching imagery that pops your ad.

According to Facebook, the highest-performing ads use photos with little to no text. Previously, they had a 20% rule, which said that your image must have less than 20% text to run an image-based ad on Facebook. It even developed a text overlay tool to assist advertisers in determining whether their images had too many words.

The 20% rule is no longer required, and the Facebook overlay tool is no longer available. However, it's still a good idea to stick to the 20% guideline and keep text to a minimum in image-based ads. While not essential for game ad creatives, a small amount of text overlay can work for communicating your message more clearly. However, make sure that it is relevant to the theme of your game and adds value to your ad. Ideally, it should also incite the type of emotion you want your audience to feel. You can remove it if it makes your final product look cluttered or takes away from the creativity you envisioned. 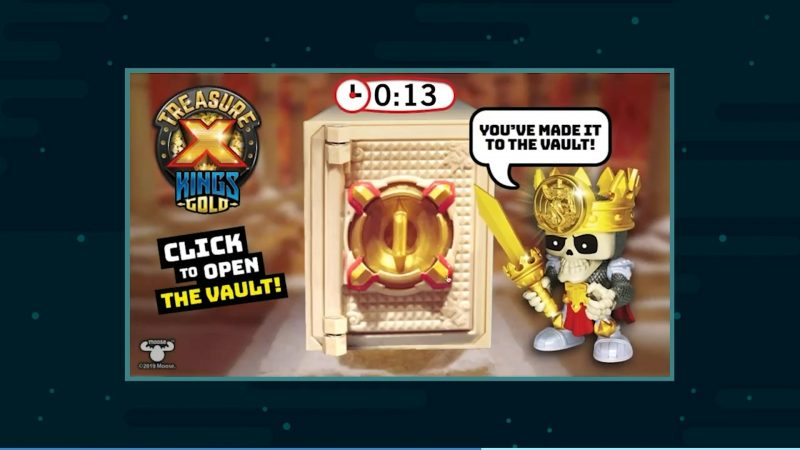 Figure 2: Example of a text overlay on a video game ad. Source: Clearcode

If you choose to have an image as an overlay for your ad, you will need to have a transparent background or create a PNG image. As with text, ensure your image overlays add to the creative rather than remove the focus from its goal. Choose colors of the background to compliment the image overlay or stick to neutrals to highlight it.

Your overlays could include:

While raising awareness is necessary for ads to work, it is not effective on its own.

And so, all your advertisements should have a call-to-action (CTA) that instructs consumers on what to do next. In other cases, such as an ad on your website, the CTA may be obvious, such as "sign up for our new releases" or "click here to buy now."

Meanwhile, if you're advertising on social media, going for an immediate sale, or requesting user contact information may turn off customers. Your CTA should be subtler but still precise in this case. The idea is to avoid assuming what visitors want; your CTA gives a path to more information if they're interested. And if you've developed a great ad, they will be!

Once you've decided on a winning design, experiment with several variations to improve ad performance.

A clever variation can increase the impact of your ad while also giving it new vitality as it begins to fade. Variations can mean color alterations, image swaps, and even video duration adjustments. What's fantastic about variations is that they allow you to quickly test and renew your creative notions without putting in much effort.

You may get the most out of your creatives by using a variant testing strategy, which will lessen performance drops and increase the overall longevity of your ads. 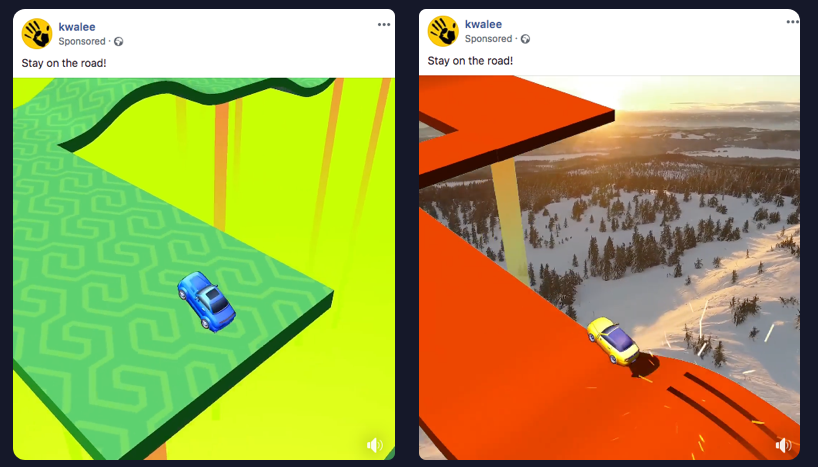 10. The help of an experienced game marketing agency

We understand that time and budget are always a concern for small game developers and studios. Creating ad creatives and campaigns that convert and bring results is demanding.

You don't have to hack it alone. An experienced game marketing agency like Game Marketing Genie can handle all tasks of ad creation based on your budget. We offer full-scale services like graphic design for games, content creation for social media marketing, campaign management, and optimization, so you have a one-stop shop for your game marketing needs.

Organic marketing alone won’t get you game marketing success! Paid advertising can help you generate the reach and engagement you need, and it doesn't even have to be expensive! Still not convinced? Check out The Complete Paid Marketing Guide for Video Games!

As players play mobile games to enjoy and immerse themselves in another world, delivering an immersive experience through creatives using brilliant art and design techniques is vital for excellent performance. Art and visuals have a significant effect. A high-quality ad that reflects the game's beauty will entice users to click on the ad and play the game.

The Game Marketing Genie team has your back if you're ready to create impactful ad campaigns. GMG is a full-service game marketing agency offering efficient, personalized game marketing strategies.