Game trailers often rely on voiceovers to bring their storylines to life. Games themselves occasionally engage the talents of some of film and television's biggest actors, which is often a source of excitement for gamers who keep up with the latest in entertainment.

For instance, Patrick Stewart is best recognized for his roles as Jean-Luc Picard in Star Trek: The Next Generation and Professor Charles Xavier in X-Men. Stewart also lends his voice to The Elder Scrolls IV: Oblivion as Uriel Septim VII, the Emperor of Tamriel, at the start of the fantasy role-playing game. 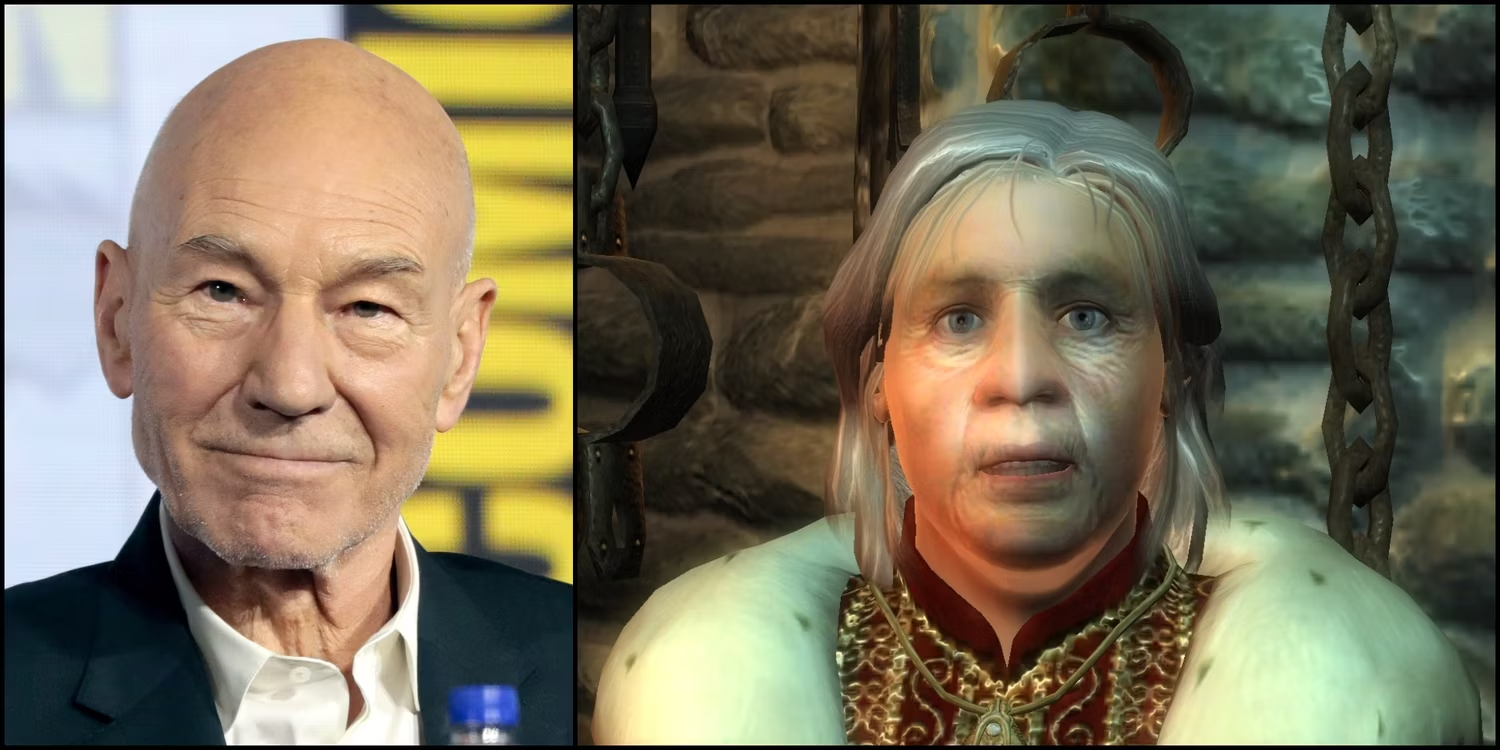 When creating a game trailer/app store preview, the debate for game developers is whether to use voiceover audio or text. On the other hand, voiceovers look like a must-have nowadays, given the tech-forward gameplay and cinematics involved, but couldn't you do just as well without one?

So, when is a voiceover necessary, and when can you skip one? We'll strive to provide a healthy debate!

When should you have a voiceover for a game trailer?

Early video game advertising mainly concentrated on paper or digital displays. However, in the last decade, and especially in the last few years, video game developers have begun publishing both cinematic and gameplay trailers and widening the scope of their marketing to include social media.

Here are some scenarios when a voiceover is a good call:

If the subject would be difficult to understand/follow without it

This is especially true for videos that tell a story, such as presenting a primary character's biography to your audience. Or where you need to provide context to players about the placement of items in a game environment.

So, why not assist your audience in grasping your game's concept? A well-timed voiceover with text can help direct viewers' attention and guide them through your description. Allow your audience to follow your train of thinking!

If your trailer doesn't have enough impact

Voice acting has limitless emotions, meaning your audience can feel what it might be like to experience your game. A human voice is your strongest instrument for eliciting an emotional response from your audience. This is true for any video, including trailers and teasers.

Assume you want to begin your trailer with a dramatic cut scene in which two characters meet after 20 years. However, after reflecting on your video, you understand that this meeting does not express the emotional impact or provide the visceral punch for folks who have never played the game. This is where you might need to narrate exactly why this meeting is so important.

If your trailer also tell your audience how to play

Do you want your audience to know what they can expect from your game? Good narration is a perfect accompaniment in that case.

After watching a trailer like this, your viewers will enter the game prepared, allowing them to immerse themselves and enjoy the game from the start. Even if players do not complete the in-game tutorials, they'll have a general understanding of how to play the game. Depending on the concept of your game, information might be delivered directly or lyrically.

If you want to use it in multiple contexts

A significant advantage of trailers is that they show users what your game is like ahead of time. Creating trailers for multi-use cases makes sense in this case. Including a short snippet of gameplay action on your website will eliminate potential consumers' confusion and reduce the likelihood of unfavorable reviews from people who believe they were promised something else.

Similarly, a video game trailer with a voiceover can double as marketing content for paid advertising or pre-roll YouTube ads. Trailers are frequently used to generate buzz for new market expansions on social media, campaigns, guild events, and other new content. 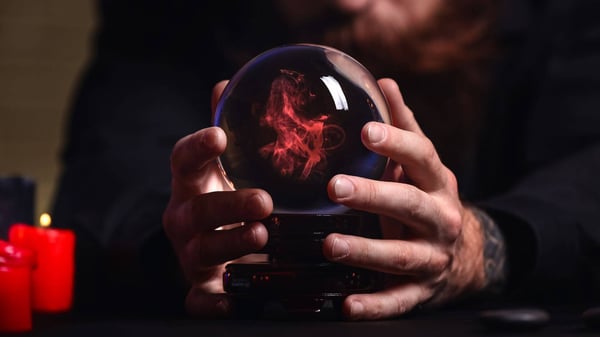 When are you okay without one?

Whether it's due to money or time constraints, you may need to forego voiceover audio for your video. Or not having voiceovers may be intentional for creative purposes. So, how do you decide if you need one?

If your video and audio are already punchy enough

A voiceover may be an unwelcome distraction for games that thrive on background music and other surrounding sounds combined with powerful visuals. A great soundtrack can generate emotions all by itself, from the prelude to the main event. When choosing a soundtrack, ensure it is consistent and follows a tight formula of intro, development and mounting action, climax, and compelling finale for this to flow as intended. Despite having a diverse emotional "cargo," all plot parts should ideally follow a consistent pace.

If your trailer has lots of busy scenes and overlaid text

The main aim of the video game trailer voiceover is to help a prospective player understand and connect with the game. If your trailer is already easy to follow with well-played-out scenes and text, you can skip a voiceover and let the player anticipate the storyline on their own.

If a VO doesn't suit the style of your game

A voiceover must seamlessly blend into a trailer without your audience being overly aware. If the action in your high-impact game is evident and voice narration would not contribute anything essential to the footage, you can overlook voiceover audio.

On the other hand, anything over the top, including voice acting, appears superfluous in casual, peaceful games, distracting from the video's whimsically charming and easy atmosphere. Videos that lack voice acting do not have to be robust and exciting every time.

In many instances, such as public places, people prefer to watch videos with the sound turned off. Facebook video ads are silent by default. According to statistics from Digiday, 85% of users don't bother pressing the "turn on sound" option. Given this, you can avoid using voiceovers in Facebook ads.

This is, without a doubt, a challenge for advertisers. There's a danger that their video ad with solid music and a dramatic revelation won't pique viewers' interest when scrolling down the feed with the sound turned off. That means they must rethink the concept of video on Facebook. 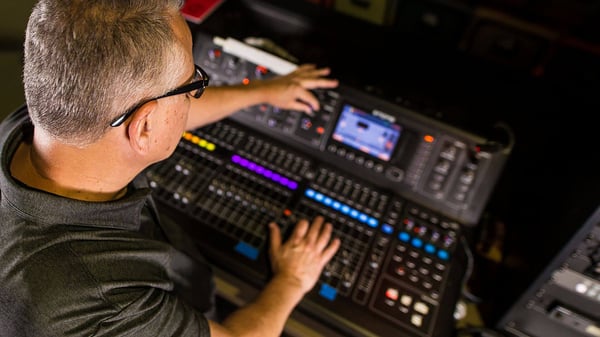 Things to consider when recording a voiceover

The first factor to consider is the time required to create a trailer. It's time-intensive, so you must consider how long it'll take. Adding voiceovers is often the last step in the production cycle. Sometimes this means the animation, music, and voiceover aren't lining up as intended, and you may need to review everything again. When in doubt, we always recommend starting with a voiceover. Write the script, record the narration, and choose music that complements the voice acting. And if you need to, you can always eliminate the voice in one of your video versions.

Theming of your video

You must consider the user's experience at all times, and videos must also play their part in the viewer's experience. For this, taking into account the theme of your game is a crucial step.

You are trying to engage people, bring them closer to gameplay situations, and elicit emotional responses. If you choose to have a voiceover, it should have a similar style to the video, game, and message you're trying to relay. Make a narration style guide for the person you choose to record the voiceover.

To begin recording your voiceover, make sure you have a polished final storyboard. It is challenging to record a high-quality take without a solid creative brief to follow. Lay out your storyboard by sections, from intro to outro, and detail what kind of language, imagery, music, and message is in each.

Keep things simple, and resist the need to pack every aspect of your game into your trailer since this may confuse viewers or turn them off. 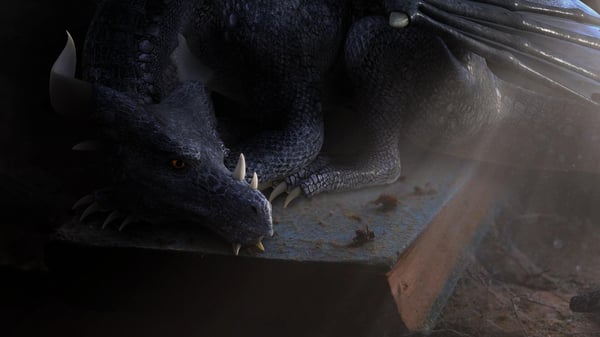 While some of us can process information considerably fast, most of us need to hear things at a slower rate to grasp them better. With that in mind, make sure your script is read at an appropriate pace. Not too sluggish that your audience becomes bored, and not too quickly that they can't keep up. It should emphasize the right moments in the game through voice modulation and pauses.

The typical speed for a video game trailer voiceover is around 150 words per minute. However, you should adjust this based on your theme's complexity and where you'll use it.

Style of your game

As mentioned earlier, a voiceover will depend on the style of game you are promoting. A high-impact, mystery, or thrilling game might have a deep gothic-inspired voiceover. A casual, chill game may only need the minimum voice acting to shine.

If there are similar game trailers out there, undertake competitor analysis to see the kind of voices used and study the results from their audience. You can also check online reviews to see what the gaming community has said about them.

Do you have the resources to create a video game trailer with a voiceover in-house? If outsourcing, you will need to find professional studios, production companies, and voiceover agencies that work with professional talent and are well-versed in the voiceover community. Scout for voiceover artists with a tone that complements your game.

However, you could give your games a voice from within your team. Game developer voiceovers are the most successful for indie games. Part of the allure of an indie game is that it is created by smaller teams with a distinct and personal vision. Using a team member's literal voice gives players more of what they want and expect from indies.

Hunt for talent that fits your creative brief, budget, and timescale. Also, the video game trailer budget needs to cover additional costs, such as hiring a recording studio, equipment, or editing software.

Video is a key part of every gaming studio's strategy. That's why we’ve got all the best tips for you in The #1 Video Marketing Handbook for Gaming Studios.

Getting your game trailer going

Need help? Get the expertise of a specialist game marketing agency. Game Marketing Genie's creative heads and marketers work tirelessly to deliver quality in every project. From developing custom marketing plans to supporting you through whatever stage of the marketing pipeline you're in, we are game for all your needs!

Get your trailer off the ground with us today!