The subscription economy sounds like a buzzword, but its meaning extends further than a catchy phrase. It illustrates the world’s shift from a product-based economy to a subscription-based one (estimated to be worth $420 billion in the US in 2015). This means, instead of purchasing for ownership, we’re now purchasing for outcome (with a recurring fee). And with this trend catching on in the gaming industry - we can expect some changes.

A seismic shift in consumer spending

The ‘subscription economy’ first coined by Zuora, a software creation company, describes the trend in which buyers are increasingly opting for a recurring payment over an outright purchase. This change in consumer spending is another step in the evolution of product consumption, where focus has shifted to a more personalized, memorable and instant experience.

You may have noticed how much sales and experience has changed over the last 50 years. In the 1970s, companies were identified by their products and by the 2000s, they became more service-focused. Today, they are relationship-centric, concentrating on building trust and offering ongoing value to their customers.

How do we know this change has occurred? We can see it in the statistics. In 2014, The Economist recorded that 80% of customers were demanding new consumption models. In France, the Institut Français d’Opinion Publique (IFOP) noted that 50% of people are moving away from traditional ownership models. These stats also echo the establishment of companies that have answered these demands, such as Netflix and Spotify, who have enjoyed huge success.

So why the shift?

There are many reasons behind this shift. As stated above, it’s highly profitable for companies – generating a higher and more consistent income than any consumption model before it. But it's also a data goldmine. By having consistent users of your service you’re able to collect valuable demographic, behavioral and financial data such as payment history and consumption habits.

If we look at Netflix again, we can see they’ve taken full advantage of the reasons above and and reaped the success of it. But with the subscription economy powering into other industries, all of which want a slice of this success, Netflix has found itself a new competitor - the gaming industry.

With the sudden explosion of hugely successful games into the public domain, such as Fortnite and Apex Legends – Netflix has found itself a new screen time competitor. Currently, the only edge Netflix has over gaming is its instant streaming technology – but with streaming (and subscription) services like Stadia, Project xCloud, PlayStation Now, and recently Apple Arcade all around the corner - that’s all about to change.

A new era in gaming

Gamers (especially those born prior to 1995 – 2000) would be used to purchasing their games outright and owning them for life. This was certainly the case with physical game sales - and is still true (although not in their digital forms) for digital storefronts such as Steam. The way we place a dollar value on a game experience is often tied to this feeling of ownership.

But what we have seen in the music and video streaming market, is that many consumers are happy to pay for access rather than ownership. And consequently, this has shifted the revenue model – no more so than in the music industry – and has changed the public perception of a value of a song, episode or even a movie. Thus, it’s likely we’ll see the same shift for game value.

This shift is uncharted territory for the gaming industry and all we can say for sure is that we’re about to witness a seismic shift from a content, monetization and value standpoint and all eyes will be trying to predict the future. 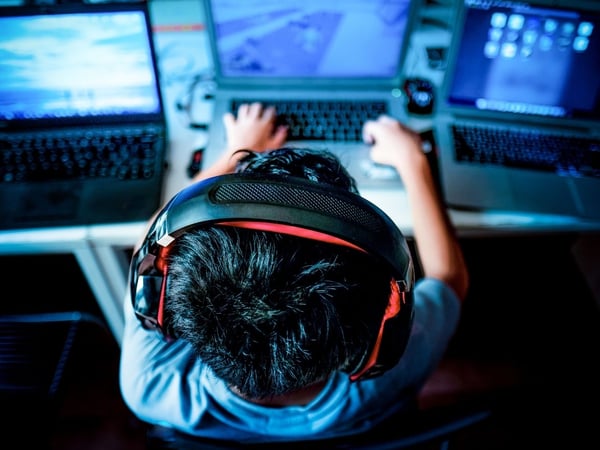 For a moment in time, we’re likely to live in a coexisting market, meaning we’ll have access to all models of consumption, from subscription services to individual product purchases. This will give everyone a buffer to prepare for the oncoming change.

This buffer is what game developers, publishers and marketers need to make the changes to get ahead. Having time to consider what consumers want in the future and what types of games they may expect may mean a big difference in success for some gaming companies versus others.

It’s unlikely that physical media will completely disappear and we’re unlikely to see a complete transition into a subscription economy overnight. This change will be gradual, and we’ll have time to gear up. In the meantime, everyone in the industry should be taking the time to prepare.

Enjoyed this article? You can read more in-depth articles about our topics above on our blog page.