Twitch Marketing: How to Make the Most Out of Twitch to Promote Your Game

More than 9 million streamers went live on the platform showcasing their skills in playing the most popular games. Millions more tuned in to watch the streamers play and discover new games for their personal entertainment.

With so many users on the platform, there’s no better place to get exposure for your game. So, how do you reach this massive audience and take advantage of its unique advertising opportunities?

Here’s our guide on how to get started with Twitch marketing.

Why Twitch is a big opportunity to acquire new players

Twitch is a live-streaming platform in continuous growth and with a large number of active users. This makes it an active channel for gaming brands looking to connect with passionate gamers. Twitch users are highly interested in the ad content published on the platform. As a result, the engagement rates are high, making it easy for brands to educate users about their products.

Wondering how to advertise on Twitch? As an advertising platform, Twitch still isn't as saturated as the other networks like Facebook and YouTube. The low saturation of advertisers means you don’t have to pay too much to reach your target users. Twitch ads are delivered based on a user’s interest, thus helping you send relevant brand communications to your target users at a fraction of the cost. With its global reach, Twitch will also help you reach a large audience to make them aware of your amazing game.

The low market saturation also means there are low chances of ad content rejection and content moderation. This allows you to communicate authentically with your target users without worrying about your ad being pulled down. As a result, you will have a high impact on the audience and convince most of them to download your game.

Another factor that makes Twitch an attractive platform for game advertisers is its large number of users. Twitch has 30 million daily active users who watch around 1.86 billion hours of content each month, according to data from Backlinko. But Twitch users aren't just watching content; they create it. 107,800 live broadcasts are going on at any given time, making Twitch the leading platform for live stream content.

The platform is popular with young people hungry for more games, with Twitch reporting that 70 percent of its users are between the ages of 16 and 34. With the right game marketing agency backing you, you can build a tight-knit community of fans who will play your game and recommend it to their friends. This greatly enhances your chances of going viral, and before you know it, your game will be the talk of Twitch town.

With its large concentration of gamers, now is a great time to market your game on Twitch before other marketers jump in and saturate the platform. Twitch users are receptive to ad content and interact with it to learn more about promoted products.

Before we look at how to advertise on Twitch, you may be interested in finding out how much do Twitch ads cost. Well, the cost of running ads on Twitch depends on several factors like viewer’s location, type of content, and the number of concurrent viewers. Given the variables, it's hard to tell exactly how much you will pay for an ad, but our gaming marketing agency estimates that the number is between $2 to $10 per impression.

That said, let’s look at the different ad formats available to game marketers. 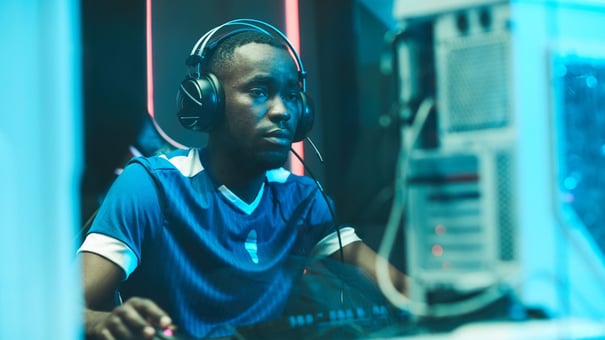 Homepage carousel ads allow gaming brands to promote their streams on Twitch’s homepage in one of the rotating slots. Thumbnails should be in JPG format and measure 280 x 156 pixels with a max size of 10KB.

This is Twitch’s prime ad placement. Homepage headliner ads have three components consisting of two end images and a central background color. The end images can include space for your branding, and the mandatory color code ensures a seamless look for the ad across different widths and screen resolutions.

Medium rectangle ads show up when users scroll the platform looking for content. The ad can be in JPG, GIF, or PNG formats with a max size of 100KB and dimensions of 300 x 250 pixels.

The super leaderboard shows up at the top of the screen to keep users engaged while searching for content. The ad can be an image or an animation that runs for 15 seconds or 3 loops, whichever is shorter.

Besides these traditional forms of advertising, Twitch also integrates branded video ads on the broadcasts of selected streamers. These streamers have qualified to become a partner, and they can incorporate advertising on their channels for a maximum duration of 8 minutes.

There are three types of ads a streamer can insert into their content:

Mid-roll ads – Displayed during the broadcast, and the streamer gets to decide when to run the ad. The stream does not stop when the ad appears. Instead, the stream is muted and minimized to allow the ad to run to the end.

How to leverage Twitch Raids

Ads are not the only way to connect with gamers on Twitch. You can still collaborate with relevant streamers on the platform and ask them to broadcast your game to their audience. Twitch influencer marketing is one of the best game marketing strategies to reach your target users since it allows you to communicate to them in a voice they trust. Twitch users trust their influencers and are open to trying the products they recommend. When their favorite streamer broadcasts your game, the followers will rush to download it to avoid missing out on all the fun.

If you are working with more than one influencer, Twitch has some impressive features you can leverage to improve your reach and viewership – and one of them is the Twitch raid. Twitch raids allow a streamer to take all their viewers to another channel at the end of their broadcast. For your video game marketing, you can have different streamers broadcast themselves playing your game and engaging the viewers. As their broadcasts come to an end, they can raid the channel of the top influencer and transfer all their viewers to that stream.

Twitch raids come in handy when you launch your game and need to make many people know about it. With a large and focused audience watching the stream, the top influencer can now talk about your game in greater detail and share timed discount codes that let players acquire the game for a discount.

What is Twitch Host Mode, and how do you use it?

Twitch Raids are amazing, but they aren't the only feature to help you reach more people and boost your engagement rate. There's also Twitch's Host Mode that allows streamers to host other broadcasts on their channel. With this feature, you can have a relevant influencer host you on their channel as you stream your game. This will give you access to the influencer’s large audience that’s interested in your game.

To be able to use Twitch Host Mode, you, first of all, need to create an account for your game on Twitch. With an account set up, you can go live and interact with users on the platform. Next, you will have to identify high-impact influencers that appeal to the audience you are trying to reach. These influencers usually stream games of your type and have a large enough audience to help you reach as many people as possible when you share your content.

Make arrangements with the influencers to host you on their channels. The influencers should inform their followers that they will be hosting another streamer on their channel and probably introduce you, so they know who they will be interacting with. When you go live, don’t just focus on playing the game; interact with the audience and guide them on how to acquire your game for their enjoyment. 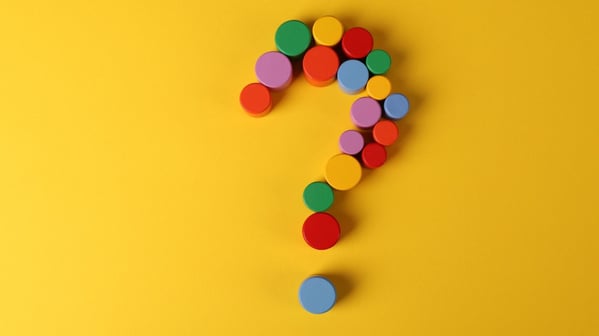 Video is a crucial component not just of your content marketing strategy, but also of the overall health of your business. However, it is not something you can just jump into without a strategy. Luckily, we’ve got all the best tips for you here: The One Stop Video Marketing Handbook for Gaming Studios.

The world of Twitch marketing can be frightening for brands using it for the first time. But by taking time to learn about the platform and the different advertising options available to you, you can use Twitch to achieve your marketing goals.

Game Marketing Genie is here to help you navigate the platform and develop an effective marketing strategy. We will connect with the right streamers that will make your game popular with the right audience.

Contact us to book a consultation session with our marketing department.

Marketing Puzzle Games and Merge Games to the Right Audience