What Is TikTok Ads, and How Can It Help Your Video Game?

Social media has taken the world by storm. From its inception in the late 1990s to its worldwide popularity today, people have flocked online to share their views. For instance, around 2.9 billion people use Facebook monthly (source: Statista). As such, it is more than likely that some (if not all) of your target audience are present on at least one form of social media. This is why social media is one of your most significant assets, and you should use it to its fullest potential.

But it’s not enough to post content to all social media platforms; you also need to know who exists there. Different demographics use different platforms, and you won’t have any luck reaching your target audience if you don’t understand these metrics. Are you trying to target a primarily female audience? People in a specific country? Younger users? If the latter is true, you might best invest in TikTok Ads.

TikTok is a video-sharing social networking platform that was launched in 2017. It is a fusion of parent company ByteDance’s app Douyin and their acquisition of the popular music video-sharing platform Musical.ly, both of which have a similar function to TikTok.

It allows users to create short, catchy videos focusing on comedy, music, and performance. These videos are central to the user experience and can be edited, reacted to, and monetized. Creators can make anything from challenge and cringe pieces to collaborative videos with other users worldwide.

With its worldwide reach and user generated content, TikTok has become one of the most popular social media apps available. The app was ByteDance’s chance to expand to a market outside of China, and their merge of Musical.ly with the already existing TikTok allowed them to include an already-existing audience. However, it still exists as Douyin in China, with a set of country-specific regulations.

Since TikTok was launched into the world, it has seen incredibly rapid growth, unlike other social media platforms. It is expected to expand to some 1.5 billion active users by the end of 2020.

Shopify states that most of these users are of a younger demographic, with 43.7% of accounts between the ages of 16 and 24. This group’s age range is similar to those who existed on Musical.ly and those that still use Douyin in China.

If you’re interested in reaching an audience similar to this, it’s clear that TikTok might be a platform worth investing in. Companies previously had the chance to advertise on TikTok through endorsements by popular creator profiles. However, in late 2019, the platform developed its own ad service in the form of TikTok Ads. 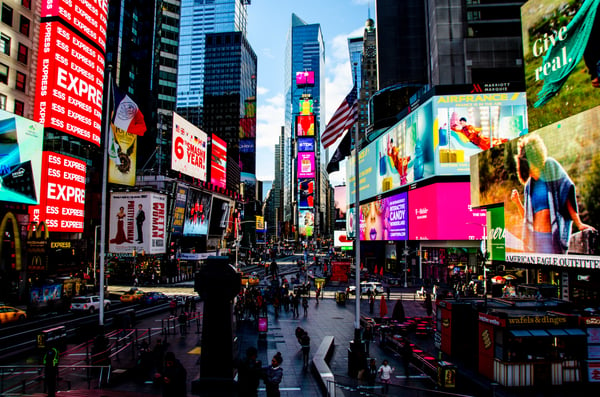 What are TikTok Ads?

TikTok Ads allows advertisers to define their audiences, create their own content, and choose when and where they want their ads to appear.

Businesses can choose the format that suits their ad best. You can create anything, including images and videos of various sizes and formats. But fear not, the service includes a “Video Creation Kit,” which provides users with a range of templates to facilitate easy video creation and allows you to compile existing images to create videos.

It also features an automatic ad delivery tool called “Automated Creative Optimization.” The tool automatically makes, distributes, and optimizes your ads for you. This helps extend your ads’ lifetime value and ensures they are as fresh and relevant as possible.

This service may sound like a dream come true, but you must evaluate your budget before you begin. A TikTok Ad campaign will set you back a 500 USD minimum, with a price of $10 for every 1000 clicks. This price can range quite high depending on the scale of your campaign, so be prepared to allocate a fair portion of your budget to it.

Don’t let this turn you away from TikTok Ads, though. As the introduction of the platform is relatively recent, the frequency of advertisements is quite low at present. While this reflects the current pricing, it also shows that the market is new and suggests that now might be the perfect time to invest.

You can use ads that come in several forms, including image and video ads of various formats and dimensions. These can be placed across any apps that are part of the ByteDance family, which span multiple vertical markets (some of these may not be available in your country).

There are several locations your ads can appear within these apps. Where they appear is dependent on the ads you choose to produce and the apps you want to feature on. Brand takeovers and effects, in-feed videos, hashtag challenges, post-video, and upon opening the app appearances, in the audience-tailored “For You” feed and more are available for your ad to present.

After your ads are set up and directed toward your target audiences, you can use TikTok Pixel to track all the actions made on your website resulting from your ad. This is a JavaScript code that you can use to measure your ad’s performance, automatically optimize for your audience and determine the type of people more likely to take specific actions on your site.

Get your in-house developer to install it manually or set it up with Google Tag Manager using their one-click install technology. This needs to be set up before launching your TikTok Ads campaign. This data is invaluable for optimizing your TikTok Ad campaign and any other marketing campaigns you run.

When you look at TikTok Ads broadly, you’ll see that it presents you with a range of opportunities you wouldn’t receive using other marketing platforms. But you need to know why it works.

While TikTok Ads may appear costly for the average small business, it is still considered an untamed frontier in the marketing world. This might be an incentive for companies considering the possibilities of TikTok advertising to start getting involved. Nothing is more convincing than a success story, so let’s look at one that made a significant impact in marketing.

In May 2019, Chipotle partnered with TikTok to create a hashtag challenge. They launched this challenge as part of the free delivery deal during Cinco de Mayo and saw a spike in purchases following the campaign. This was before TikTok launched its Ads service, but it still shows the power of a paid collaboration and the hashtag ads feature that now exists on the platform.

The challenge used the hashtag #ChipotleLidFlip and encouraged users to try and flip the lid onto a Chipotle burrito bowl. The hashtag was featured on the app from May 5 to 10 and was a paid promotion. It connected with audiences worldwide, from casual app users to YouTube personalities like David Dobrik.

Chief Marketing Officer of Chipotle, Chris Brandt, said that the company not only wanted to connect with people through food but also with culturally relevant experiences and social media platforms. 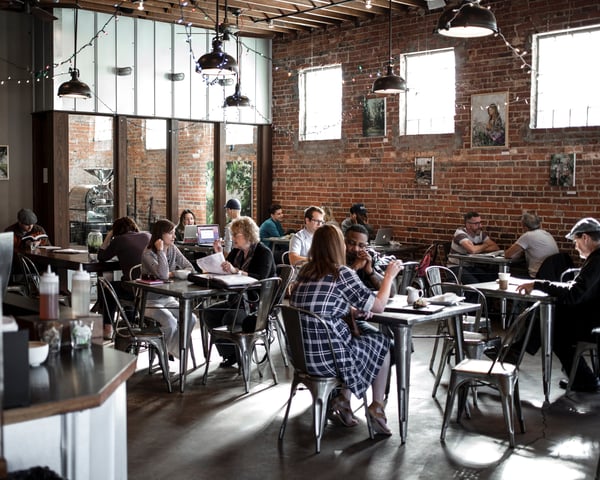 So, why did this campaign work, and how could something similar work for you?

The user-generated and trend-driven nature of the TikTok platform allowed this to happen as the interactivity of the campaign encouraged people to jump in and spread awareness. And this is where you could succeed with TikTok Ads.

Make your TikTok ad content catchy and exciting, and give it good reach, and you’ll watch as your audience and brand image grows for the best. Learn more about TikTok’s advertising suite in our blog on Growth Marketing Genie: What is TikTok for Business, and Why Does it Work?

Organic marketing is great, but it won’t take you all the way to game marketing success! Don’t be afraid to invest in paid advertising, as it can help you generate the reach and engagement you need. Still not convinced? Check out The Complete Paid Marketing Guide for Video Games!

Want to dominate gamer social media? TikTok is for you. While big brands have already used the app with great success, it is still yet to be a significant player in the video game marketing world. Smaller game devs should consider TikTok game marketing if they want to stay ahead of the curve.

Use the TikTok Ad service to connect with your target audience, expand your reach and awareness, and become a player in a new marketing area. At Game Marketing Genie, we understand the challenges you may face when delving into something unfamiliar. Let us take away any uncertainties you have about TikTok Ads and create an amazing gaming social media marketing strategy for you, while you grow as a business and as an early investor into the platform.

Want to know more? Check out our social media marketing strategy page to find out how we can help you!