Not getting enough sales despite investing in Instagram and Facebook marketing? Try Twitter. Twitter marketing has relatively less competition, giving your game a better chance of enticing the new players and convincing them to hit download. This platform has an active and large gaming community eager to chat about the next best video games. Not to forget, there are productive ways you can market your game and get results here.

Today, we’ll explain the most impactful way to skyrocket your sales on Twitter—in the form of Promoted Ads. So, let’s get started! 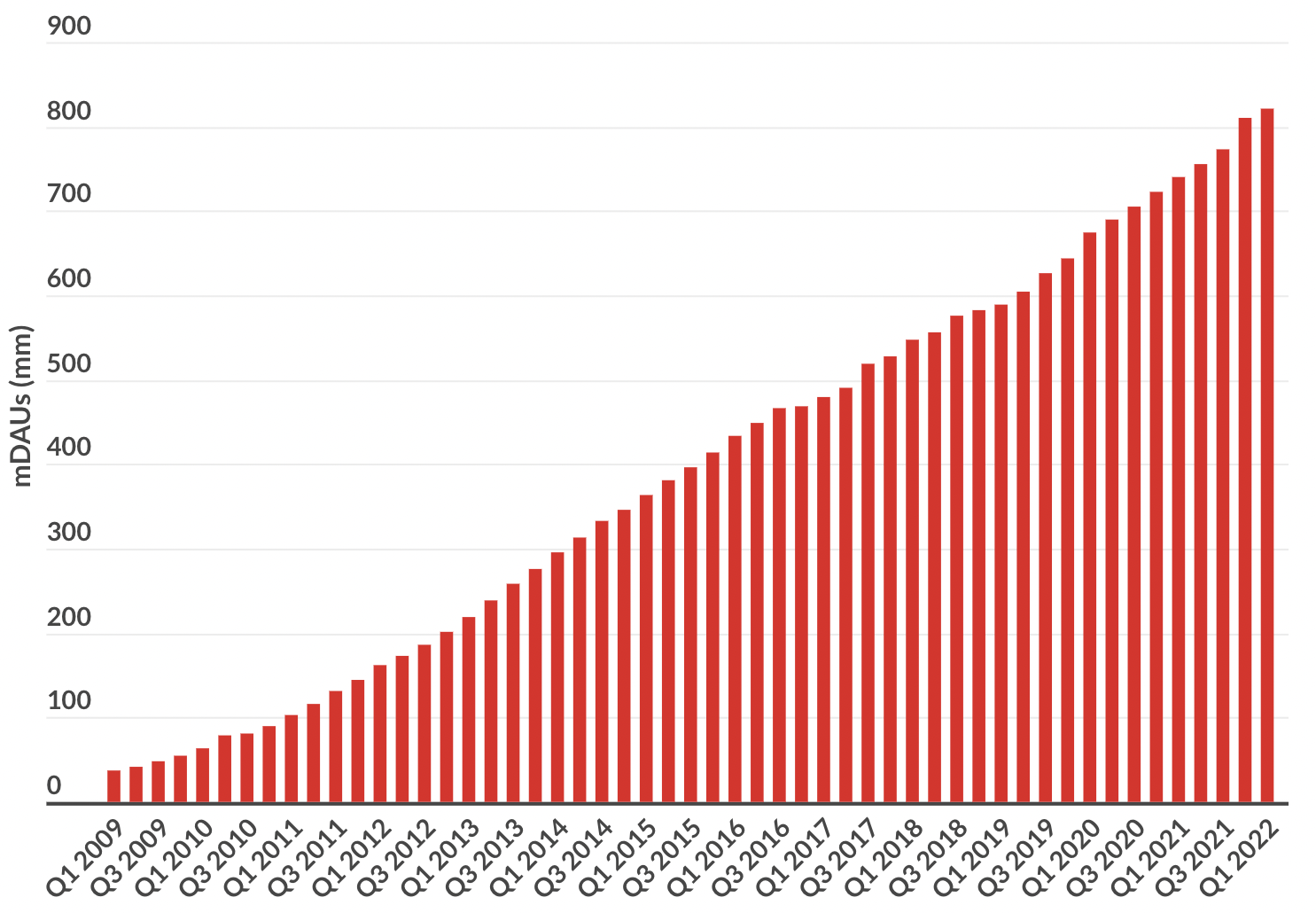 According to Business of Apps, there are 206 million daily active users and 450 million monthly active users on Twitter — 38 million of the DAUs are from the United States. And Twitter shows that approximately 66% of the daily users use the platform between 6 pm to 9 pm — so, that’s, more or less, your ideal posting time!

Speaking of gaming specifically, it is anything but a smaller niche on Twitter. Within a year, Twitter saw a 75% increase in gaming Tweets—there were around 2 billion gaming Tweets in 2020. What’s even more interesting is that the gamers tweeted at the rate of 70 gaming-related Tweets per SECOND! And most of the gaming Tweets were written by Gen Z and women gamers. 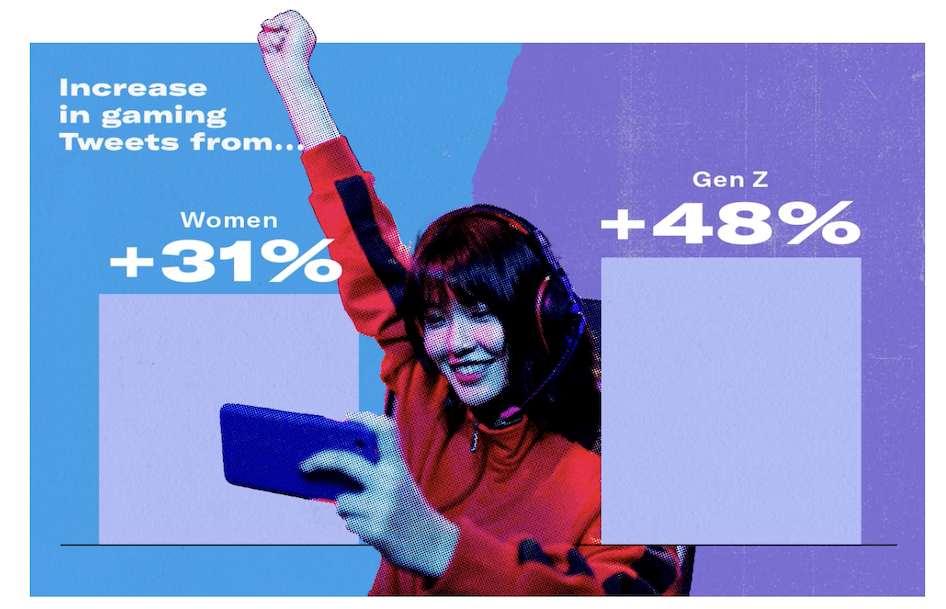 Twitter also revealed that 89% of the video game players agree that Twitter helps them “immerse fully in the e-sports/gaming content.” This data shows that Twitter has a remarkably larger community than any other gaming social media platform.

It is also noteworthy that the gaming industry is currently dominated by people aged 18-24 (source: Play Today). Of these, 55% are male, and 45% are female players. And data from Twitter shows that there are a whopping 91 million unique gaming authors on Twitter alone. The Twitter officials also revealed that 65% of its users are gamers—more than half the Twitter audience! Out of this, 55% play regularly on consoles. Another interesting fact for marketers is that gamers on Twitter tend to spend more than players using other social media channels.

Additionally, 78% of the Twitter-using gaming audience follow their favorite gaming studios to learn more about upcoming releases. Therefore, 50% claim to be more knowledgeable than non-Twitter users. Another 44% of the gaming audience is interested in the bonus, educational, and behind-the-scenes content brands publish. And Twitter shows that while 32% of users use the platform after playing a game, 24% use it to research as well. Another 30% of users spend time on Twitter hunting for gaming promotions and deals.

Most importantly, the gaming community is hyperactive on this platform. Its members are passionate, loyal, and humorous. At the same time, they aim to redefine the world’s perspective of gaming. They’d post anything from Among Us memes to League Of Legends fandoms to stay active and make themselves heard. Another common type of content gamers share is their gaming journey. They unapologetically share the ups and downs of their gaming adventures.

What are Promoted Ads?

Now that you know what the gaming environment on Twitter looks like, let’s learn how you can make your next game a blockbuster with Promoted Ads.

These ads look like ordinary, 280-character long Tweets, except they are shown to your particular target audience. Users can like, comment, and retweet these paid ads, too. The Twitter algorithm puts the Promoted Ads you pay for on the screen of your targeted audience. This increases your engagement rate and gets you more followers.

Promoted Ads can also help you get more website visitors, leads, and sales. Positive results trickle in more when you announce an exciting deal, and this format is also a great option to expand your content’s reach and build brand awareness.

What sets Promoted Ads apart is the “Promoted” label underneath each one, signaling to the audience that the Ad is a brand’s paid effort to grab their attention!

Here is what your Promoted Ads can include: 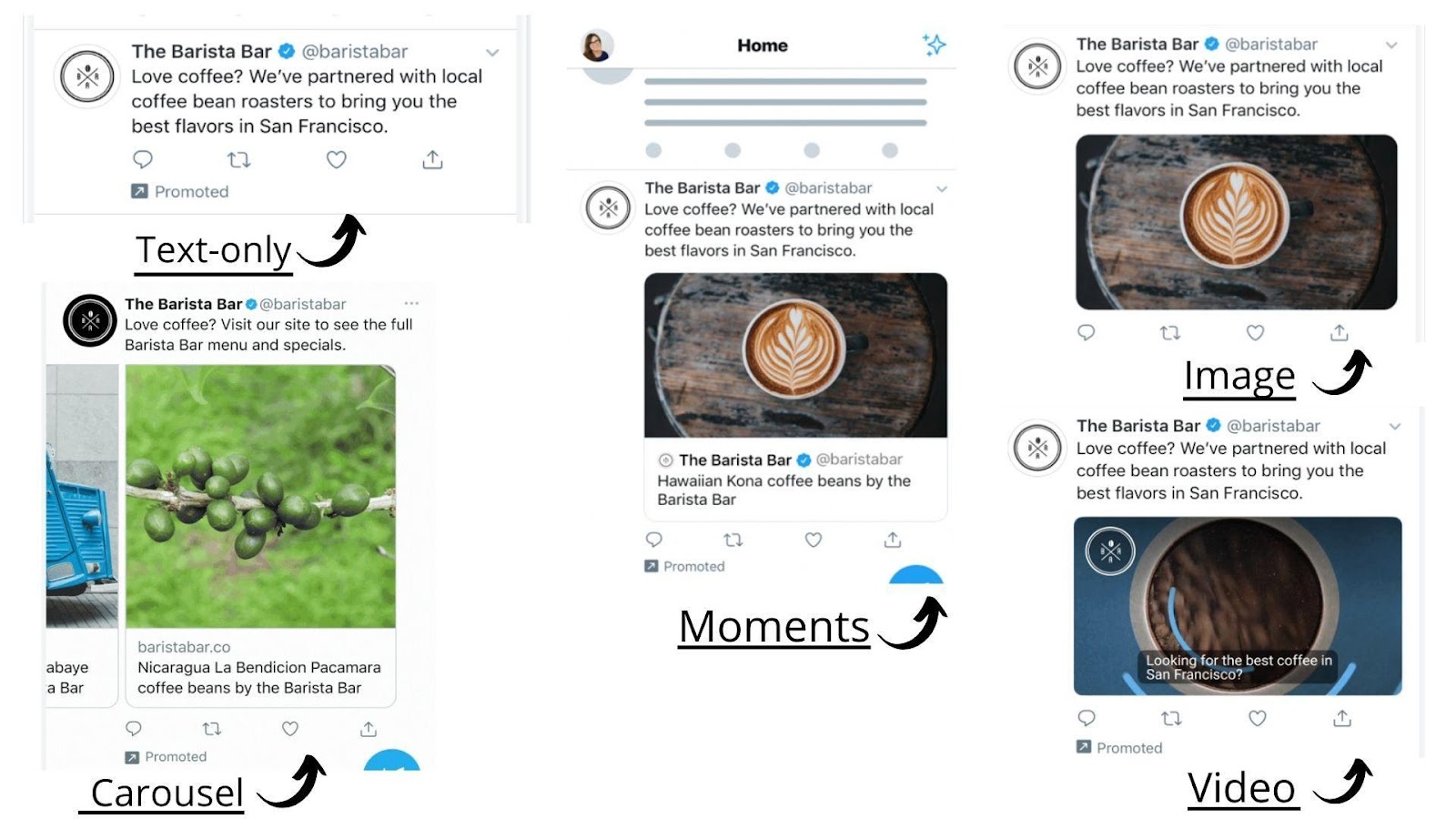 If your copy is strong enough, simple words are enough to effectively get your message across. But stick to a maximum of 280 characters. Otherwise, Twitter will split your content into two Tweets, making the statement unclear.

An image makes your Tweet stand out. Showcase your brand or the game you’re launching with an appealing (yet realistic) image. But make sure your image is in either PNG or JPG format—these formats are Twitter-recommended.

A well-put video makes the endless scrolling stop! So, tap into the power of video marketing and build a visually engaging ad. For enhanced results, don’t exceed the 15-second threshold. Remember to add your logo for improved recognizability and for brand recall.

Use carousels to tell a story and gently nudge people to visit your website. Carousels are a set of 6 swipeable images or videos with a CTA at the end. They are a smart choice if you can’t convey your message in a single image.

Moments are a collection of Tweets that, again, tell a story—one that 280 characters can’t narrate! Use them to show different perspectives. Moments are available to both publishers and advertisers.

There are five main areas where your gamers are likely to see your Promoted Ads. They include:

Twitter users are shown a list of relevant items they searched for in the search bar. Promoted Ads are often displayed at the top of these search result pages if they are related to the keyword your audience searched for. Since they are at the top, they are more likely to capture the audience’s attention. 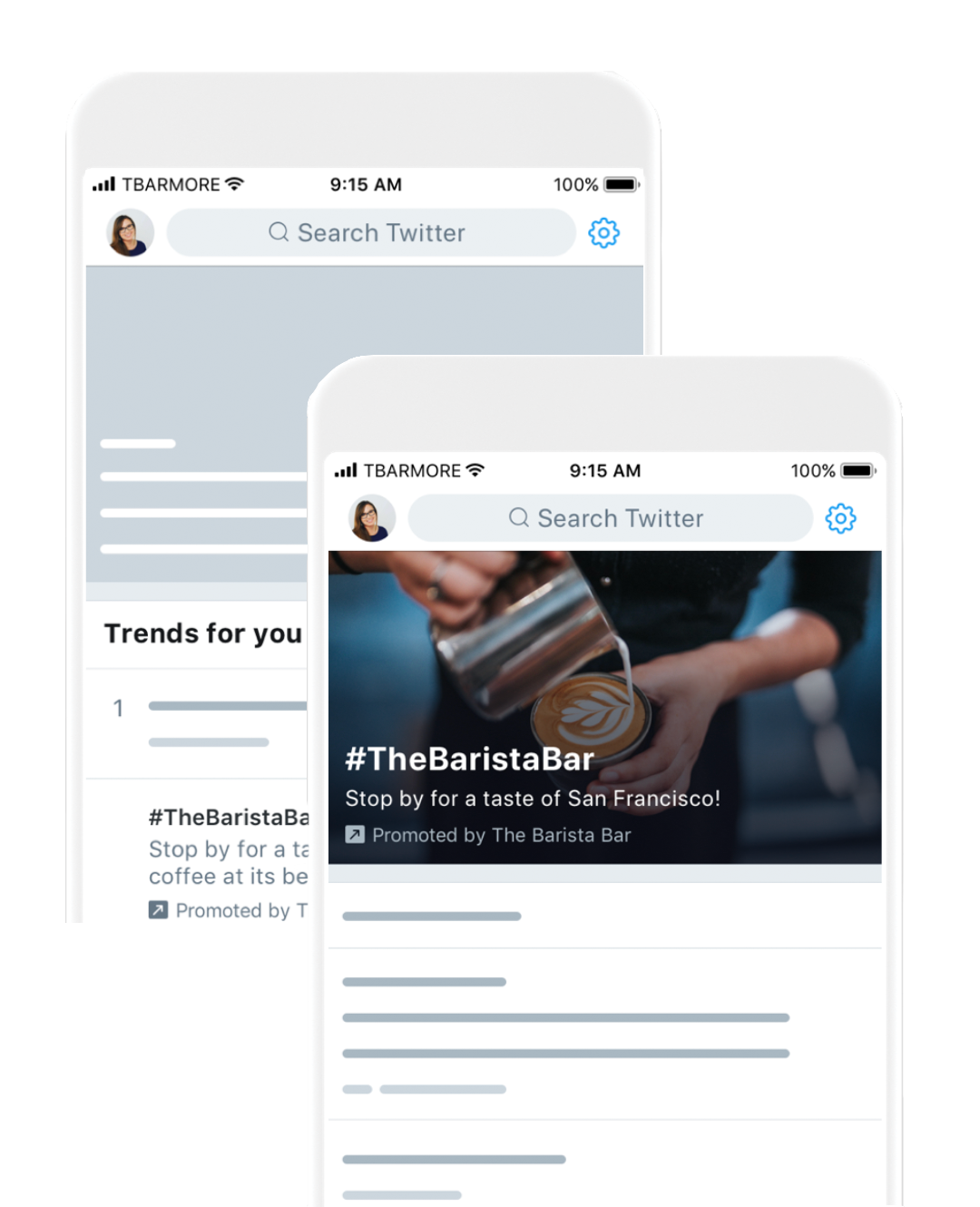 Twitter trends show the most popular news of the hour. Trend Takeover displays your Promoted Ads alongside this trending news. Since Trend Takeover occupies the topmost position, it gets the most exposure. This maximizes awareness.

The most common place to see a Promoted Ad is in the customer’s timeline. Promoted Ads appear just like normal Tweets here, increasing visibility and discoverability when they are relevant to a specific set of users.

This might be surprising, but Twitter shows Promoted Ads on specific relevant user profiles that match the targeting credentials for a particular ad campaign.

If Twitter’s advertising partners start an ad campaign, their Promoted Ads are often displayed through Twitter’s official desktop and mobile clients, such as Twitter for iPhone and Twitter for Android.

What information does Twitter use to connect your audience to your ads?

Twitter is known for its efficient algorithm and razor-sharp targeting that helps an ad reach its potential customers. The platform strives to constantly show relevant ads to its users. To that end, it works with its ad partners and monitors the actions of all Twitteratis.

Monitoring users’ actions is one of the most common ways Twitter understands the likes and dislikes of a user. Twitter monitors the accounts users follow, posts they like, searches they make, Tweets they retweet, and conversations they indulge in. This helps the algorithm customize ads and Twitter content for each user.

Additionally, users’ profile information is another telltale sign of their interests. Other information, such as mobile device, location, IP address, and apps installed on the device, is extremely useful in offering relevant and local ads. Often, Twitter’s ad partners share certain information with Twitter. This, again, helps Twitter offer users a personalized experience and increase the usefulness of ads. Twitter’s affiliates, too, collect users’ information, like browser cookies, which is beneficial.

Another prominent place that lets your ad meet its ideal audience is the targeting options you choose while setting up a campaign. Once you’ve set the goal of your campaign — say, awareness — you’d be asked to select the audience you want to show your ad to. Demographic targeting is the most common type of targeting. It includes: 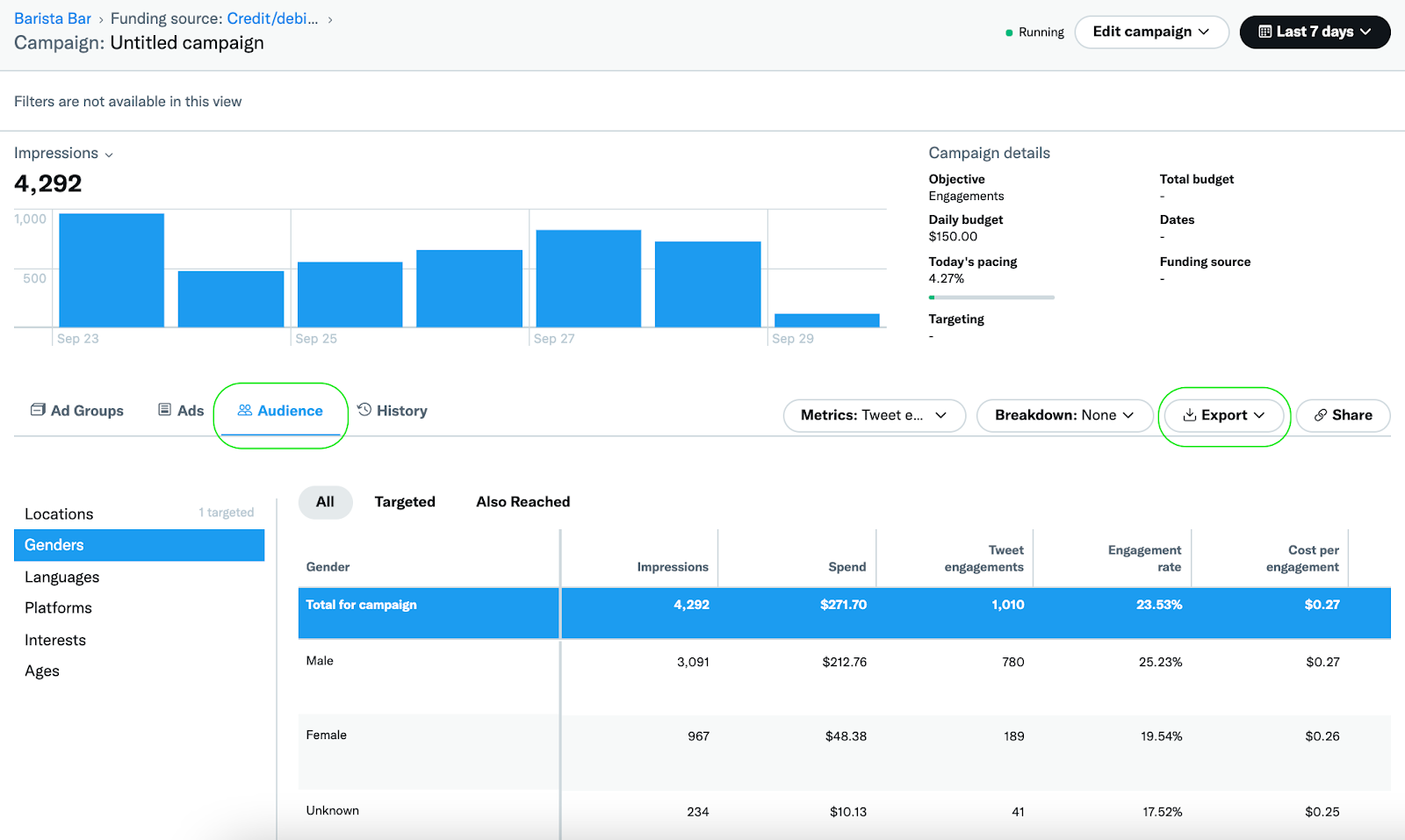 So, deeply understanding your audience is key to creating and disseminating an effective Promoted Ad.

Organic marketing is great, but it won’t take you all the way to game marketing success! Don’t be afraid to invest in paid advertising, as it can help you generate the reach and engagement you need. Still not convinced? Check out The Complete Paid Marketing Guide for Video Games!

It can be difficult for developers to juggle creating effective ad campaigns and building engaging games. Therefore, we have a more viable solution — let Game Marketing Genie create valuable Twitter campaigns for you while you focus solely on what you do the best!

Game Marketing Genie is a full-service video game marketing agency for gaming brands. We can create personalized game marketing strategies for your upcoming game launch and run monthly Twitter paid advertising campaigns for you. Allow us to assist you with Twitter game marketing and see the tangible results tickling in.

Find out more about what we can do for your game on our social media marketing page!