In video games, higher player retention rates convert to more monetization opportunities. A game generates higher revenue when played several times per week, or better yet, per day. In addition, a worth-sticking-to game helps strengthen the fanbase and identify the genre the target audience finds most engaging.

Keeping players engaged is the most challenging task for game developers and gaming companies. Even a massively popular game, "Star Wars: Galaxy of Heroes" had a user retention rate of merely 4.5% 30 days after its release. This was when the game had over 100 million downloads. The average industry day 1 retention is 25%, with only top games achieving better than 35% on day 1 and 11% on day 7.

The depressing numbers indicate that gamer retention is difficult to achieve and is crucial in your marketing process. Considering this, we are bringing six tips on retaining gamers for your game.

Transparency has remained the primary issue in the gaming industry, pushing people away from certain games. Many gaming companies overpromise and underdeliver. While the game's advertisements promise an adventurous experience, the actual game says otherwise.

Enthusiastic gamers often purchase games before the release or buy pre-order exclusives (often against the community’s warning), anticipating a thrilling experience. However, many developers fail to offer a high-quality game, as promised. These false promises and money-grabbing techniques are a critical reason for plummeting player retention.

Games such as Cyberpunk 2077, Anthem, and No Man's Sky are the epitome of overpromise-underdeliver. No Man's Sky, developed by Hello Games, failed to meet people's expectations. Enigma surrounded the game right up till its release, and the developers had no answers to the game's exact features. The managing director, Sean Murray, even promised that the game would contain certain features that were absent upon release. 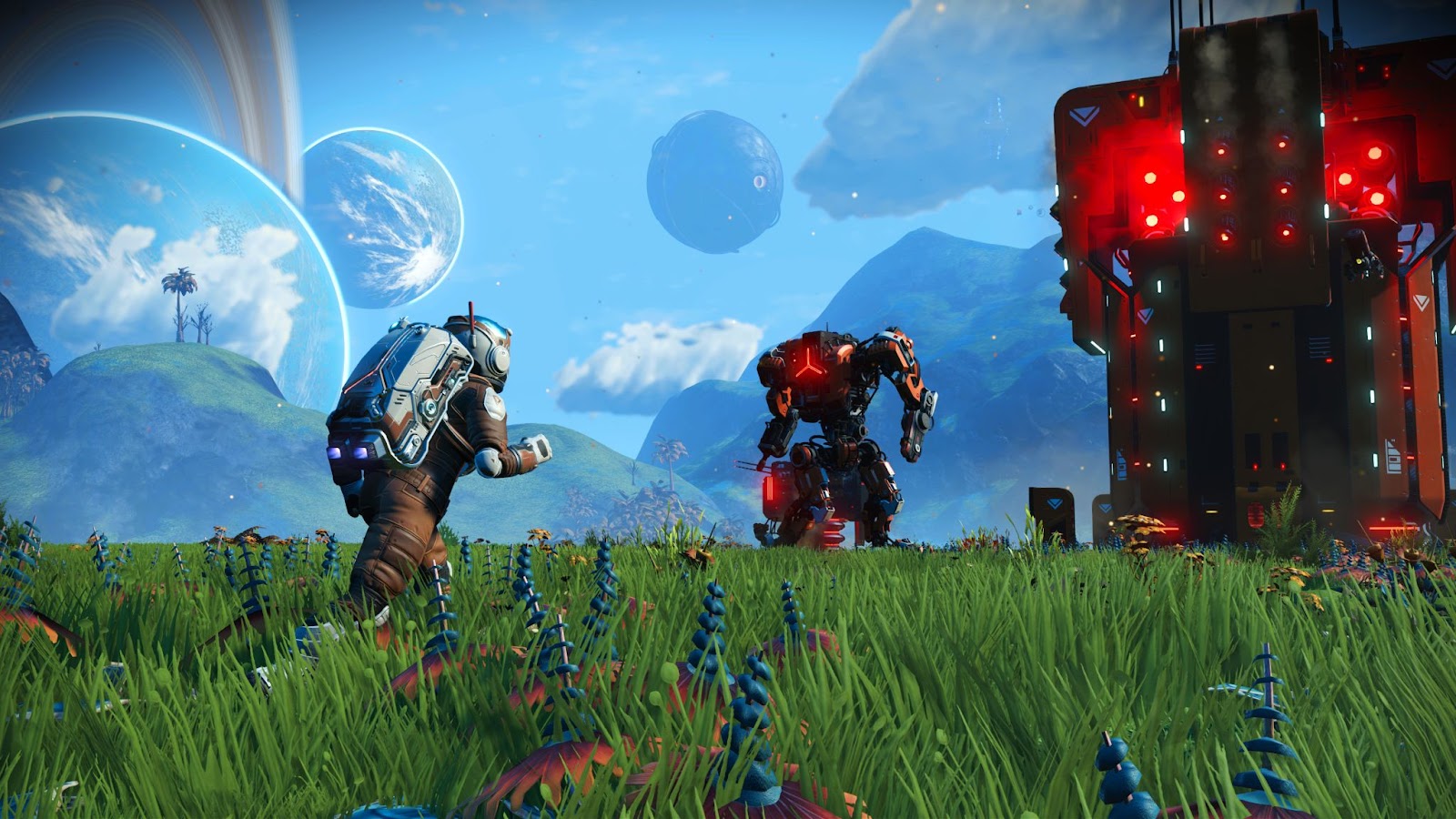 Moreover, the game's trailer promised "18 quintillion planets" and an entire galaxy created by procedural generation. People were excited about the epic space battles and the journey to the center of the universe. All they received was a painful experience. The planets did not have any real characters, the multiplayer feature was missing, and the facial animations appeared shoddy. The game was considered a "buggy mess." Though the company came back with better updates, the game still wasn't received very well.

The lesson to learn here is that false promises may build hype for your game, but your user retention will receive a hard hit post-launch. Therefore, only promise what you can deliver and be transparent. If there are any bugs in the game, don’t sweep them under the rug. Instead, own them and fix them. This will boost your audience's interest in you, compelling them to keep playing. 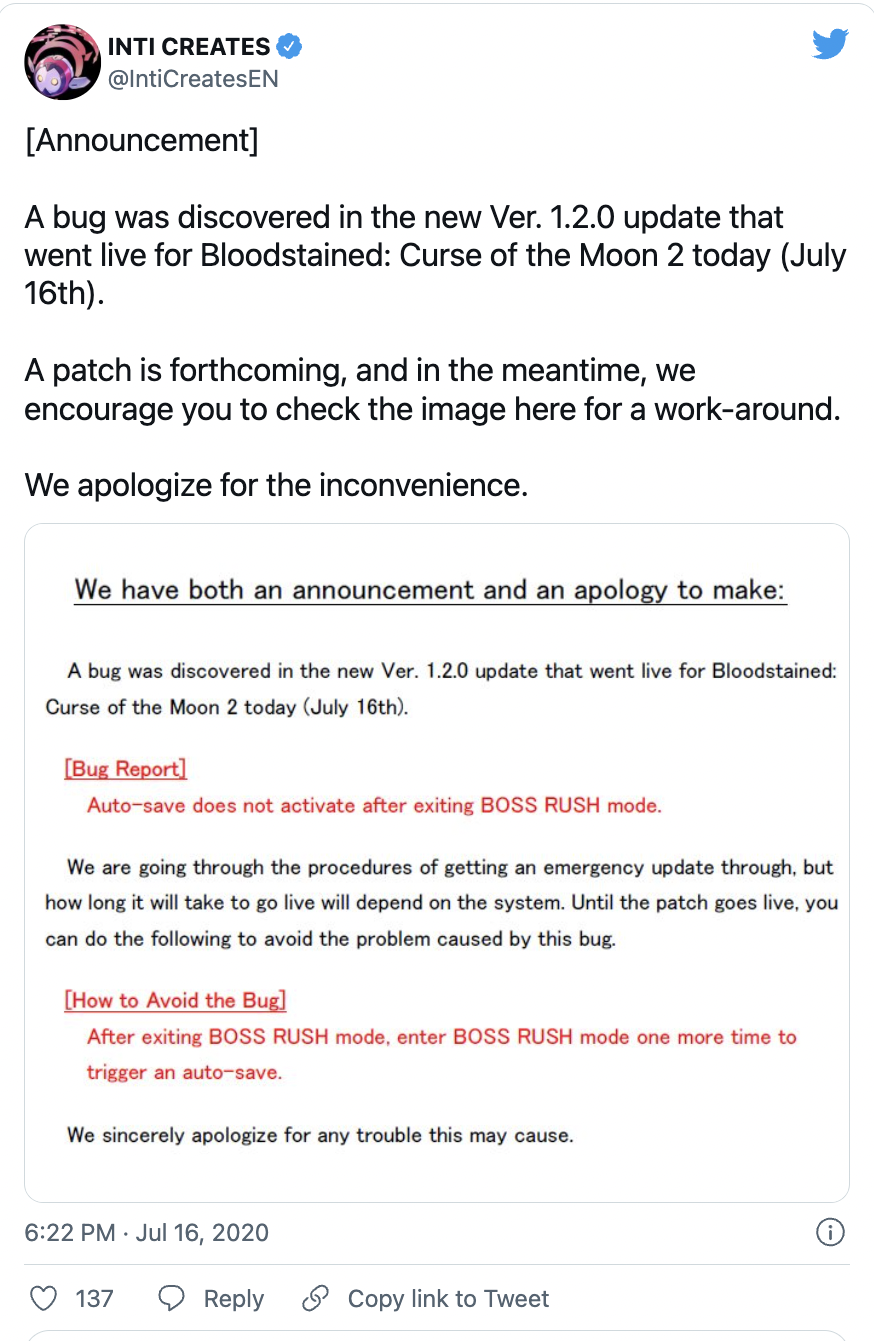 Figure 2: Inti Creates tweeted about a bug in their game. Source: Sprout Social

Tip #2: Engage with your audience

Limiting your activity to the game-developing platforms will not guarantee success. Instead, be active on platforms where your potential users spend time. A 2019 report revealed that 55% of gamers check in on Twitter daily. Another research found that almost 70% of gamers check the platform for gaming news and trends. Therefore, social media has the potential to make your games a viral sensation. Games like Fortnite and Fall Guys snowballed in popularity partly because of their maker's strong social media presence. 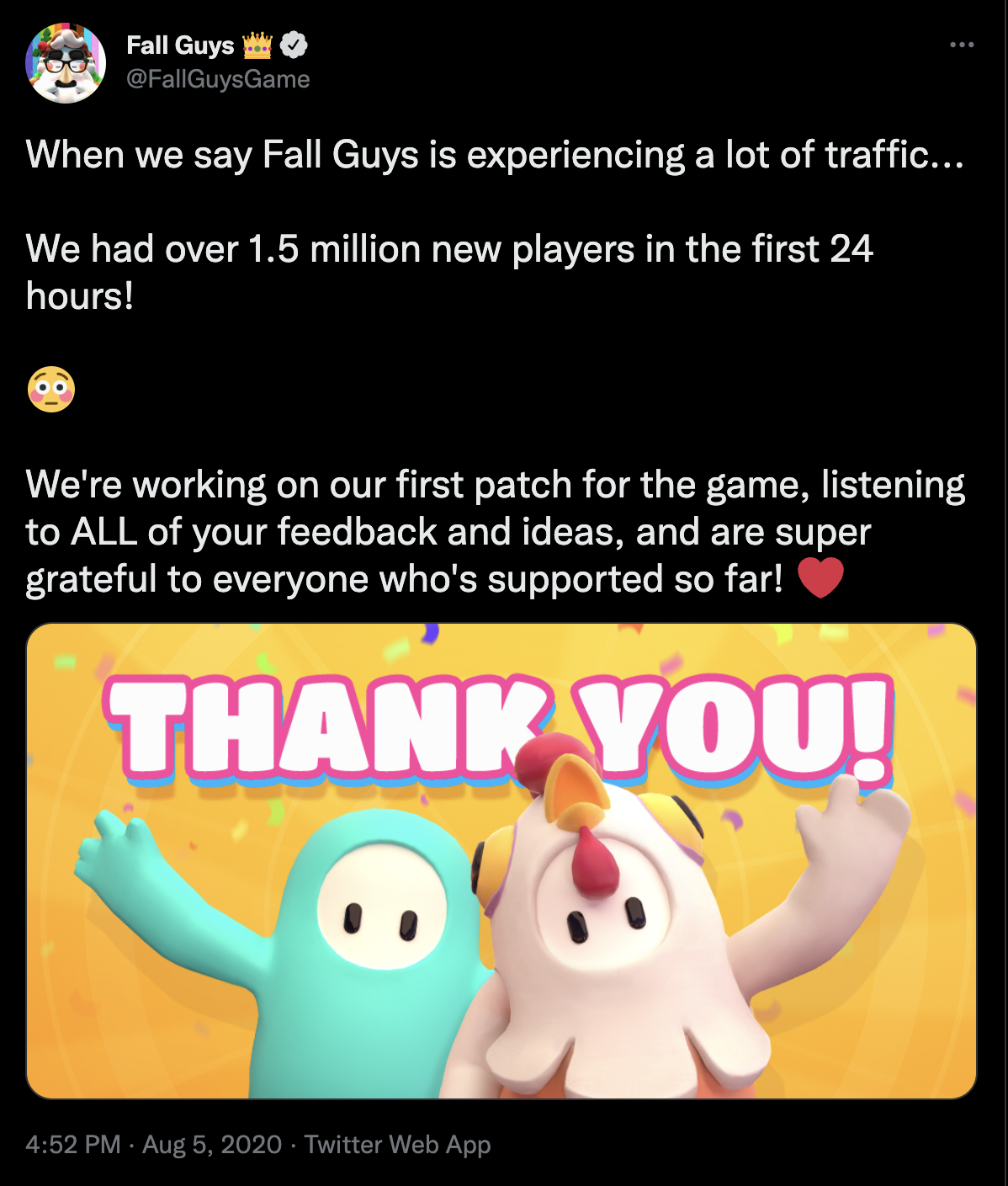 Engaging on social media through Q&As (questions and answers) and AMAs (ask-me-anythings) positively impacts player retention — your constant uploads remind gamers to complete that level they left undone. These Q&As and AMAs will allow you to engage in a two-way conversation with your audience and listen to their opinions rather than feeding them information. You can share your game's new features and updates through these forums. This invigorates your audience and boosts your gaming company's authenticity, besides promoting transparency. Additionally, it allows you to create a lasting, personal bond with your target audience, ensuring they stick around longer.

However, the key to succeeding on social media is choosing and prioritizing the right platform. Do not get overwhelmed by the abundant social channels. Twitter is just one of the ideal spaces for gaming audiences looking for daily updates.

You can learn more about best-suited social media platforms for you in our blog, What Are The Best Social Media Platforms To Reach Gamers On?

Another way to give ears to your audience is by responding to user feedback — be it positive or negative — on your store page. This implies that you're listening and will resolve the issues, increasing player retention.

A tight-knit community of like-minded people can catapult your game towards success. Communities are a means to build deeper relationships, thus monetizing games and boosting user retention. They are avenues where players can foster in-game friendships, deliver rivalries, and promote clan allegiances. This helps maintain the interest of devoted players. Gaming communities offer added benefits like increased customer lifetime value (LTV), which assumes the profits a game will earn per player.

Additionally, communities are residences for gamers - your most passionate promoters. These players will help you spread the word about your game, thus increasing your revenue. Therefore, acknowledge their efforts by giving shout-outs and praising even nano-influencers playing your game. 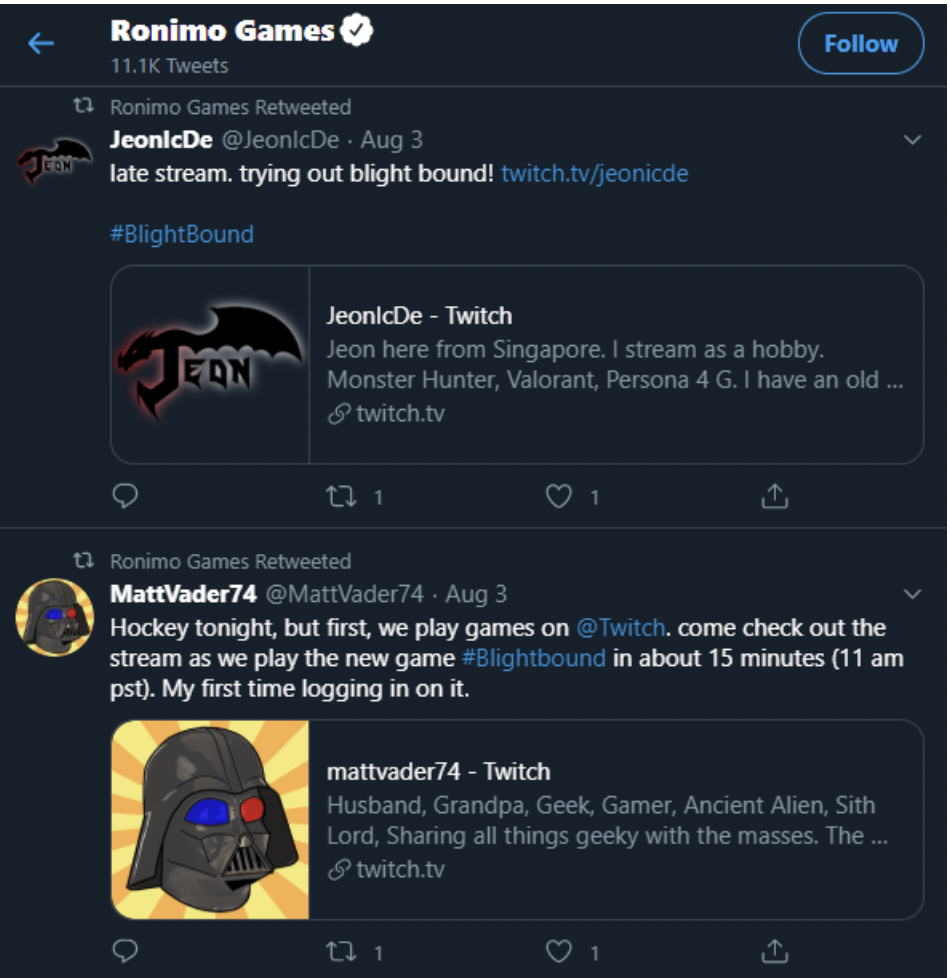 Leverage platforms like Reddit and Discord to create a supportive gaming community. Reddit's gaming subreddit receives a massive virtual footfall with over 30 million subscribers. The League Of Legends subReddit alone has some 5.7 million subscribers. The community is a place where gamers ask for tips, tricks, and cheat codes ALL THE TIME! Your game-centered community will act as an ecosystem for your dedicated users where they can interact with each other, elevating their gaming experience. 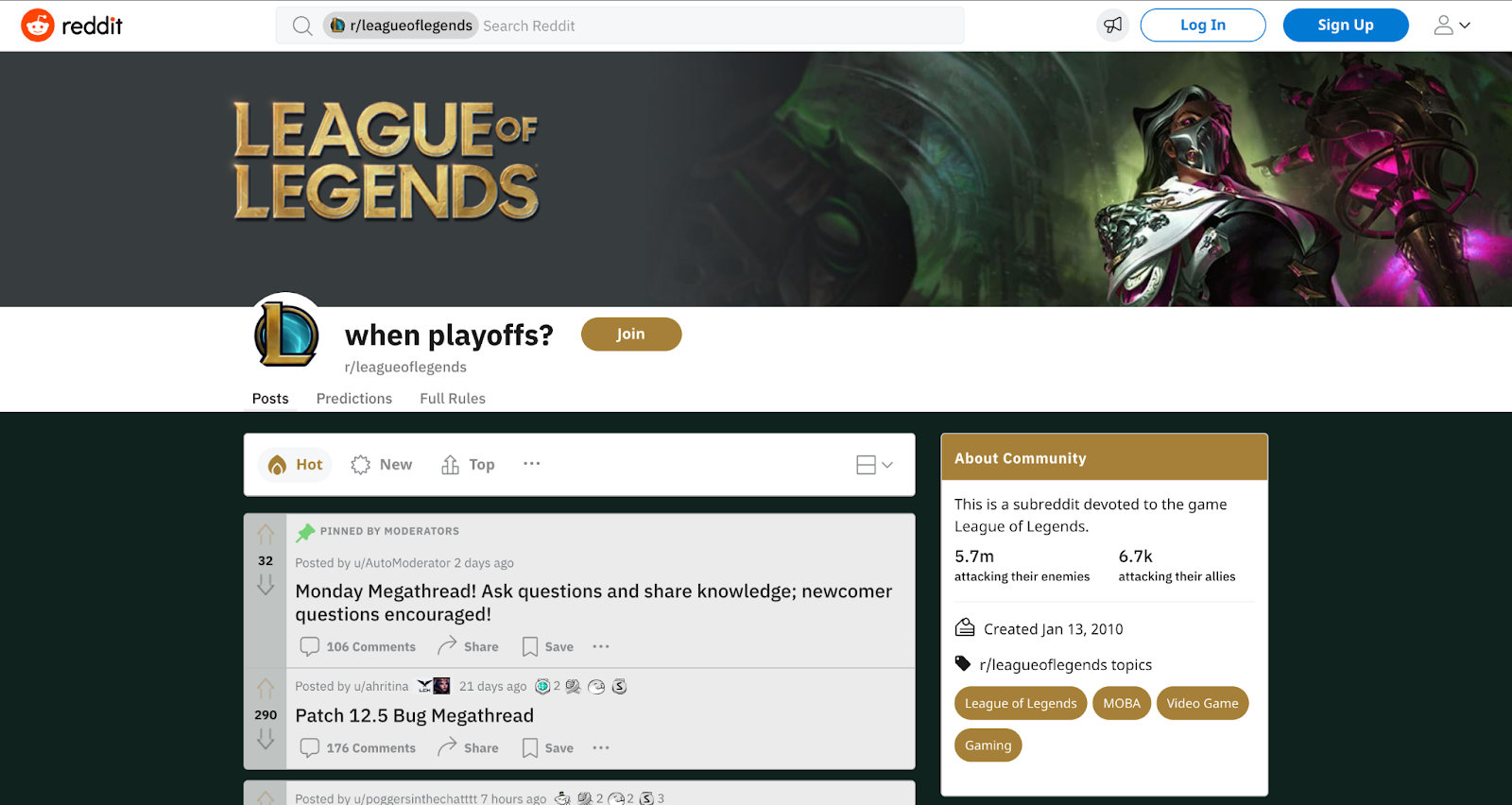 On the other hand, Discord is also a great space for online gamers. Popularly referred to as Skype of online gaming, Discord offers voice, text, and video chat options, helping build a stronger community. Fortunately, users do not expect you to respond to their queries on Discord quickly but need a space to interact with other gamers. You can also create a Discord community to interact with your team, ask for updates, and exchange notes.

Tip #4: Make your players part of the story

An effortless way to advertise your game and encourage users to keep playing is through players themselves. New players are more likely to play a game recommended by their peers. So, allow the existing players to share their experiences and opinions through social media channels, like Facebook and Twitter. This works when players with a huge fan following, a.k.a influencers, promote your game.

PewDiePie is a popular content creator and gaming influencer with around 111 million subscribers. Gaming companies partner with him to advertise their games and maintain a positive retention rate. PewDiePie is one of the wealthiest YouTubers and has promoted brands like Volvo in the past. You can also capitalize on the influencers' knack for live streaming the video game to gain traction.

To prevent your audience from getting bored by continuously playing your game, frequently announce new player milestones. Driven by their desire to achieve the set goal and feel accomplished, they will stick around, increasing your player retention. Set up daily or weekly challenges and reward players who achieve them. Remember to keep increasing the difficulty of these challenges, though, as they will engage users for longer.

Lastly, share a leaderboard for in-game events at the end of a play session. This also helps maintain users' interests as they keep trying to beat their rival's scores, owing to their sense of competition. 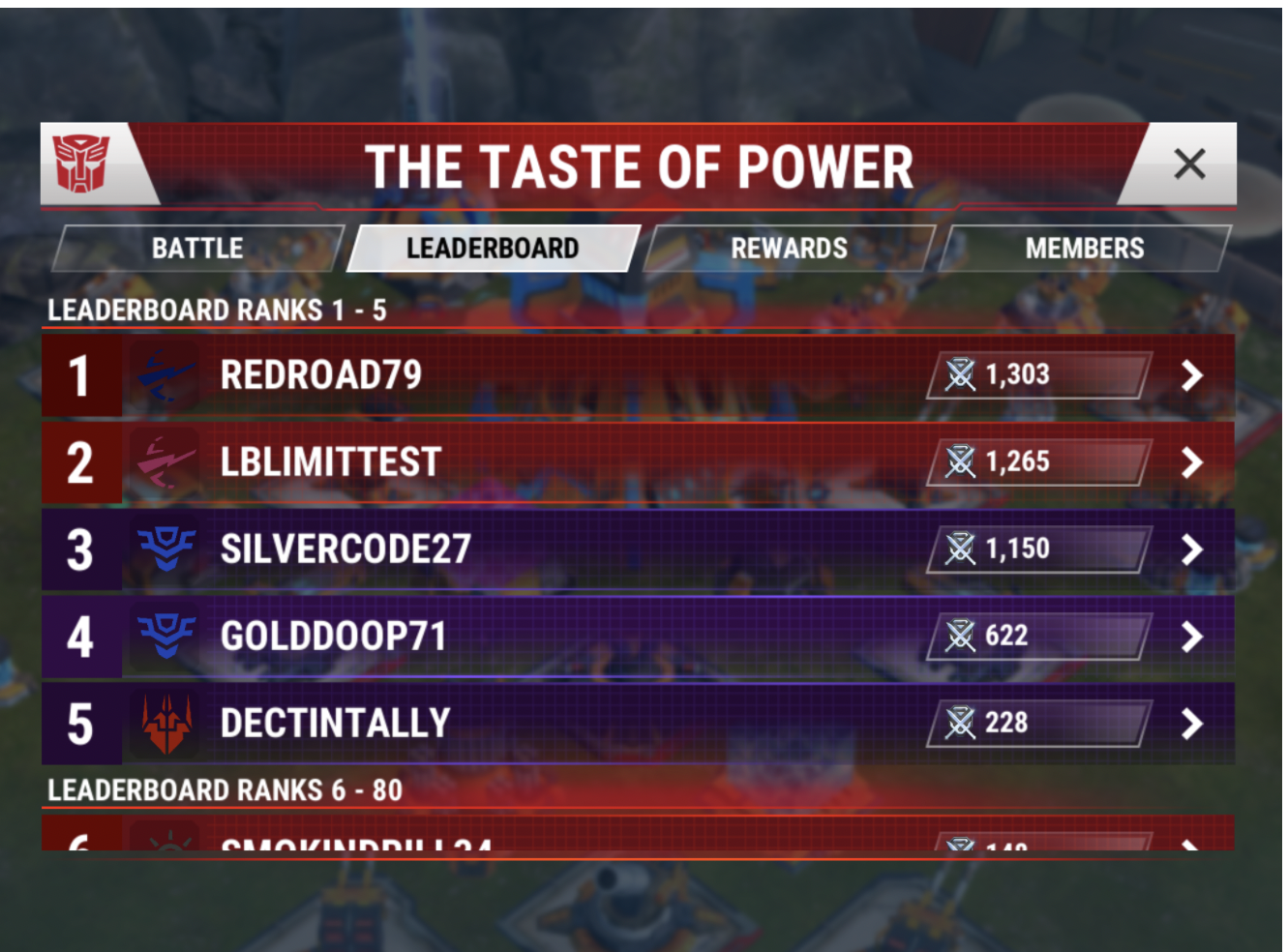 Tip #5: Reward them for playing 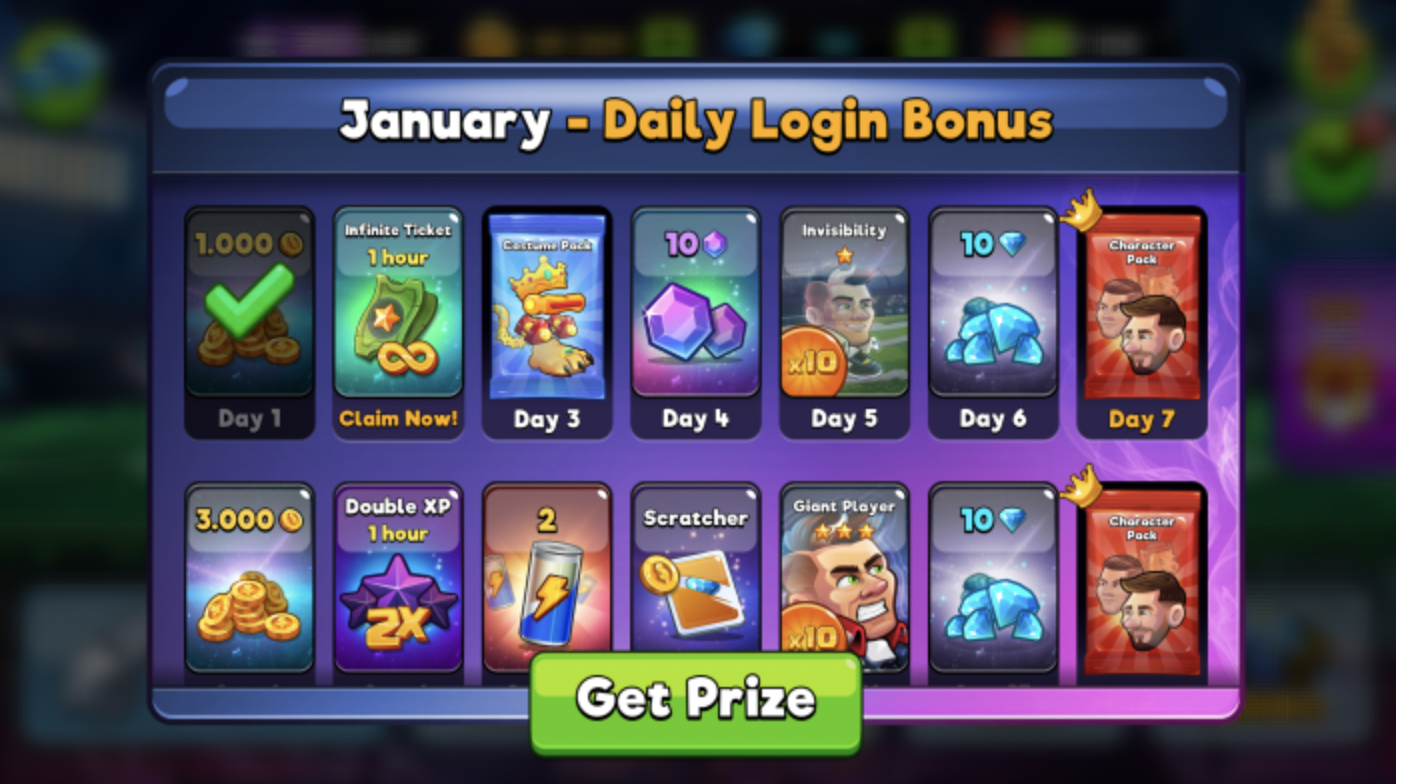 Every human appreciates rewards for their hard work — even a pat on the back and a few kind words satisfy them. We enjoy these benefits, motivating us to keep up the excellent work. They set off the dopamine signals in our brains, giving satisfaction and boosting our adrenaline. Leveraging this trait, reward your deserving players for maintaining an ideal player retention rate and generating stable revenue.

Video games are risk and reward systems at the core. Users dedicate time and effort only to unlock treasures and receive appreciation. Hence, when they complete a level unharmed, you should praise their prowess and inspire them to keep moving on. At the same time, remember that rewards are meaningful only when rare. So monitor their frequency.

In addition to rewarding your top-notch players, giving them the option to invite their friends is also beneficial. This is called referral marketing. Create an invite button in the game to enable your players to promote your game in their network. A smart move would be to incentivize the invite, offering free in-game currency to the player for every new player they bring onboard. Increase the chances of expanding your player base by personalizing the invite and making it attention-grabbing. 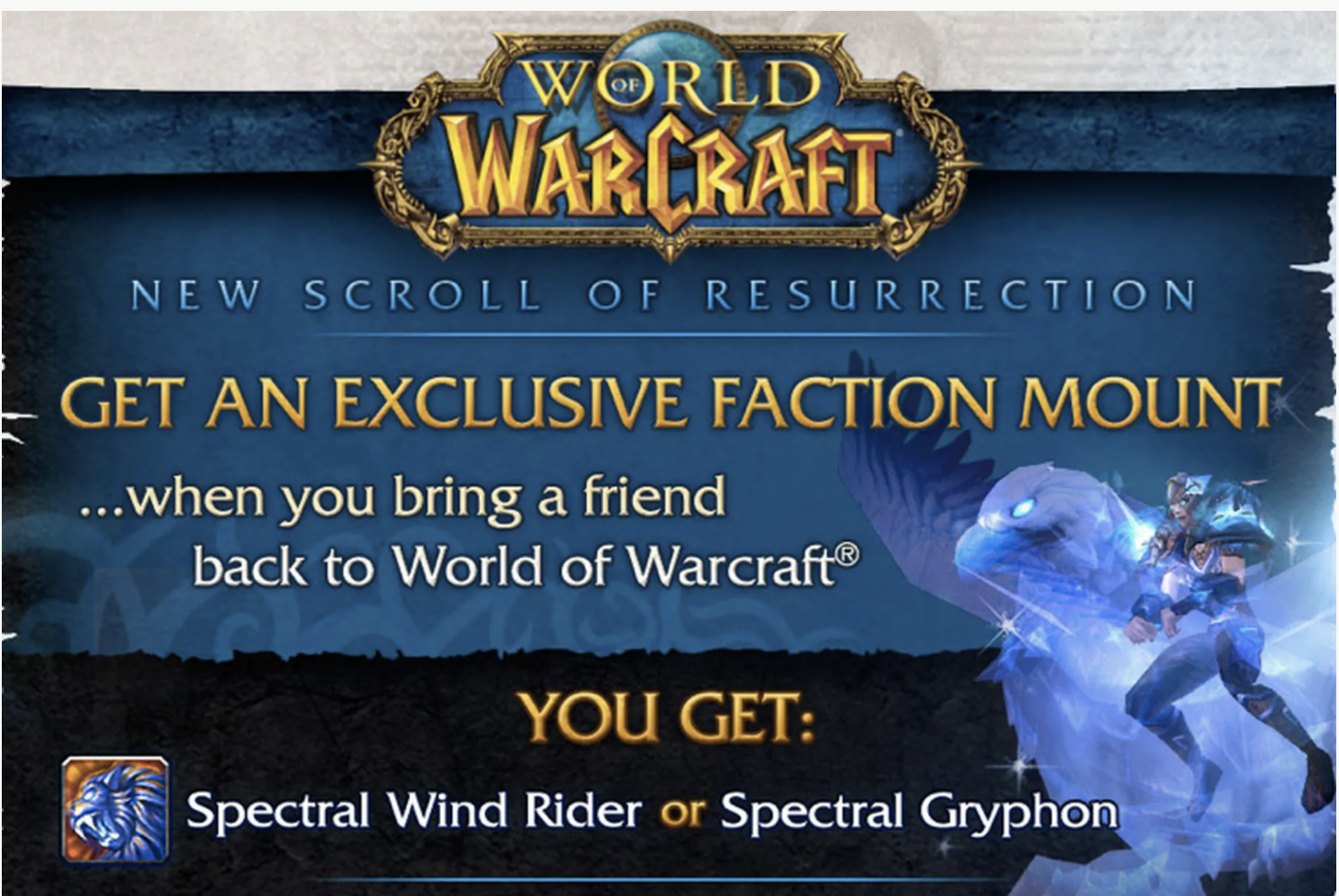 Irrespective of how desperately you want to increase your player retention, NEVER be forceful. Remember, gamers have a life outside the gaming world, too. Coercing your users to keep playing your game will only backfire, increasing your video game churn rate. Therefore, do not over-frequently send promotional emails and flood users' inboxes. This will persuade them to hit "unsubscribe," and you will lose all opportunities to get more players through them. According to studies, most gaming brands send approximately five messages per month and receive a positive engagement rate of 13%, higher than the industry average.

Moreover, many gaming companies also leverage push notifications to nudge their players to keep playing. These notifications quickly grab attention as they pop up on the users' screens and are a great communication medium. They are known to increase app retention by 190%. Again, the key is not to avoid notification overload. 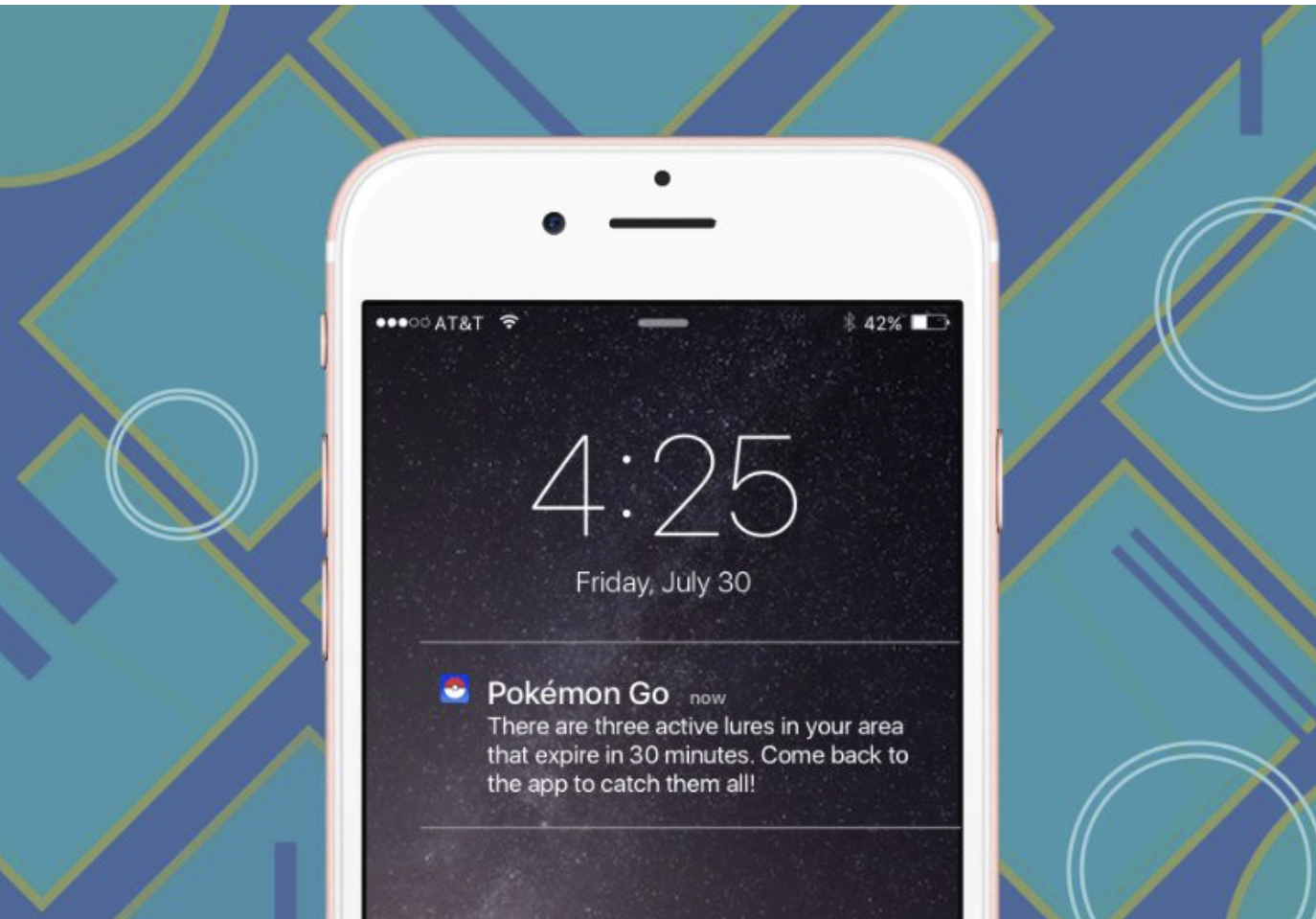 Developers also offer monetary benefits for players to enhance retention rates. Such benefits inspire the players to keep playing, thereby earning. Many companies are also creating in-game digital assets as NFTs (non-fungible tokens) that players can earn and purchase. However, be careful of your target audience's interest while incorporating these strategies into your games.

You can learn what NFT gaming is and six popular NFT trends of 2022 in our blog, The Top 6 NFT Gaming Trends In 2022.

Encourage your users to play

A video game is a success when players eagerly wait to finish their routine work so they can play! After all, satisfying the players is your principal goal. And a happy and satisfied player keeps playing.

Want to create engaging games that your audience can't stop playing? At Game Marketing Genie, we have time-tested game marketing strategies that can help you develop games as per your audience's interests and preferences.

We are a full-service game marketing agency offering bespoke strategies to help you provide an extraordinary gaming experience to your gamers. Contact us today to discuss your ideas.